The biodiverse ecoregion of Southern Andean Yungas (Yungas) is considered as a conservation priority in Argentina due to its species richness and high level of endemism. One of the biggest conservation units in this ecoregion is the Yungas Biosphere Reserve (YBR), designated by MAB UNESCO in 2002. YBR occupies 1,350,000 ha in Jujuy and Salta provinces of NW Argentina, which harbours the largest number of protected areas (PAs) of national, provincial and private domains. 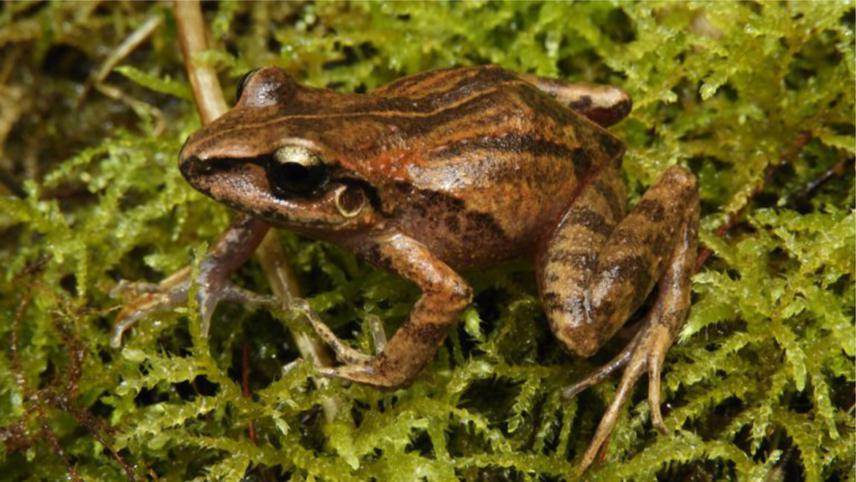 The direct-developing Confused Robber Frog (Oreobates berdemenos) is one of the most representative amphibian species of Yungas of Northwestern Argentina, but it is threatened by the increasing rate of habitat loss and fragmentation. Habitat fragmentation (i.e., connectivity loss) decreases dispersal success, increases local extinction and reduces genetic diversity. O. berdemenos represents a fitted model species to determine if the current PAs' network in the YBR is protecting the genetic diversity of threatened and endemic anuran species.

This project will conduct a detailed assessment of the extent of occurrence of Confused Robber Frog to confirm its presence in the main PAs of YBR, and the first approach to its intraspecific genetic diversity.

Through genetic and landscape analysis, we will determine the current effectiveness of PAs network in YBR to preserve this and other endemic and threatened amphibian species of Yungas, defining priority conservation areas. We will then identify suitable corridors between the priority conservation areas and conduct workshops involving key stakeholders (National Parks Administration, environmental agencies of provincial governments of Jujuy and Salta provinces, and private landowners) to come up with more likely to be successful corridor proposals. Finally, we will produce a connectivity report regarding the implementation of corridors for the maintenance of connectivity between the Confused Robber Frog populations and between remnants of Yungas Forest which it inhabits.

Moreover, through a short documentary series, educational activities in local communities and the YouTube channel “Let´s talk conservation – Yungas”, we aim to give visualization to the conservation effort undergoing in the Yungas, and to enhance awareness about the conservation challenges faced by the Yungas Forest and its amphibian inhabitants.