Previous research in Sikles/Tangting showed seasonal variation in number of conflict incidence. Attack on human and livestock was observed in forest area mostly with those
Household, engaged with livestock herding/NTFPs collector. Around 58% of the respondents of black bear conflict survey reported the conflict occurrence mostly during July/August. However, sign survey in December/January revealed several indirect evidence of black bear near human settlement. Hence, proposed project aims in understanding seasonal habitat-use pattern of black bear in forest close to human settlement. Conservation awareness activity will be targeted for households depending upon forest to aware them on human-black bear conflict. 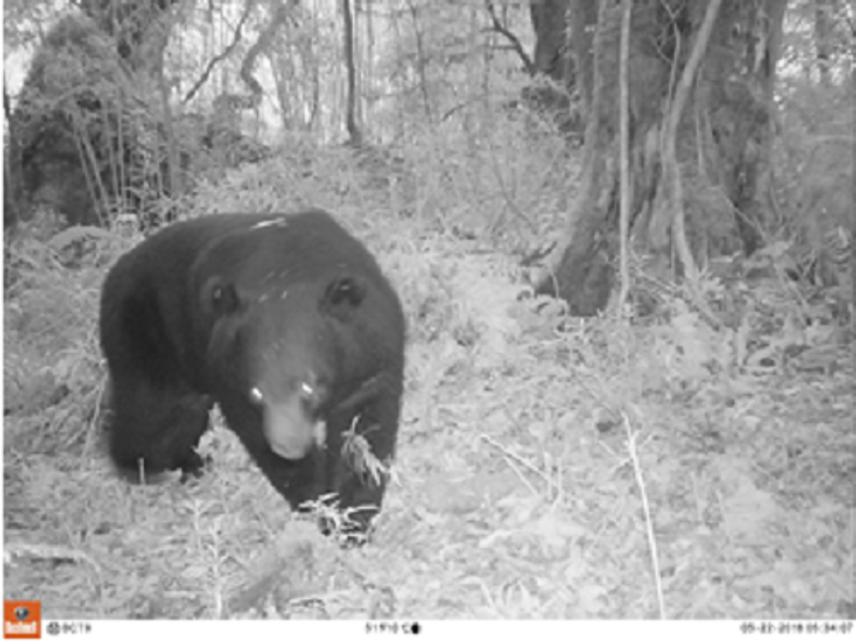 Use of habitat by black bear in forest area surrounding the human settlement during summer and winter will be observed to understand the activity of black bear. This understanding will provide clear image on seasonal use of habitat by black bear i.e. movement pattern, activity and behavior of black bear. Beside, studying habitat use and activity patterns is potent approach to understand fundamental ecological process of any species. Clear understanding over this can be significant in minimizing human attack by black bear on sudden encounter while entering forest. Also it can be helpful for herders as they can avoid livestock predation while changing their pastoral ground. Understanding seasonal habitat use of black bear will also help Annapurna Conservation Area Project (ACAP) to develop safety guidelines for entering forest either for resource collection or for trekking in Sikles and Tangting.

Similarly, awareness camps for forest dependent community will acquaint them with safety caution to prevent any human casualty on encounter with black bear. Moreover, significance of black bear will be realized to herders and NTFPs collector so as to minimize their negative perception on black bear preventing any possible incidence of conflict between human and black bear. Awareness camp organized for this community using posters and flex boards will certainly realize them on safeguarding over any possible bear attack. Installing flex boards with safety information in both Nepali and English language will make both national and international traveler aware on the chances of sudden encounter with black bear. Meanwhile ecological importance of black bear will be sensitized to the community using poster and radio program in local FM to reduce any possible conflict incidence between human and black bear.