Proposal for an Ecological Corridor in the Cuña Pirú Valley, Misiones Province, Argentina

The focus of this project is preserving habitat connectivity for jaguars (Panthera onca) in the southernmost edge of the species distribution, located in Misiones Province, Argentina. Globally, the species is classified as Close to Threatened (IUCN), but in Argentina it is classified as Critically Endangered. Despite the existence of the “Green Corridor” in Misiones Province (a conservation and sustainable development area legally created in 2000) the few remaining jaguars are relatively isolated because of forest loss in recent years. Stopping deforestation is a key action to ensure the perpetuity of jaguar populations in the area. 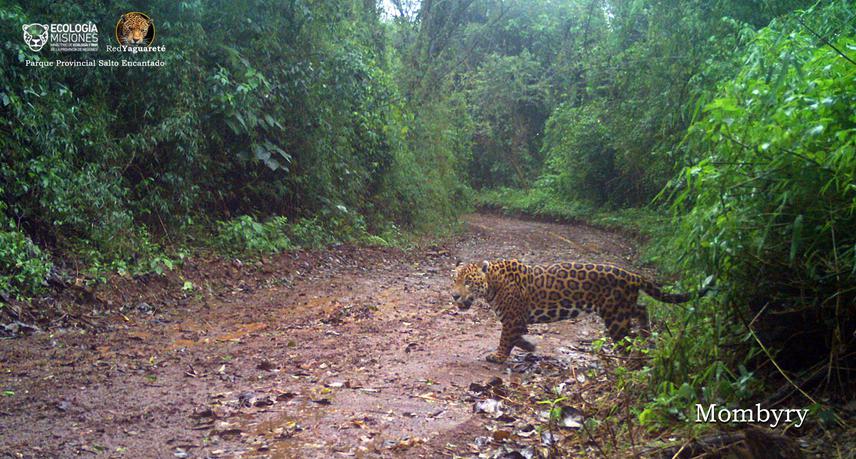 Specifically, south of “Salto Encantado” Provincial Park in the Cuñá Pirú Valley, urbanization keeps advancing due to the presence of a provincial highway that crosses the forest in an east-west direction, facilitating deforestation. This process threatens the landscape connectivity between the Provincial Park and 35,000 hectares of forest to the south of the park. Landscape isolation of the southern patch will likely cause local extinction of jaguars and weaken the remaining populations in our country, where jaguar range has decreased by 85-95%. In addition to jaguars, the deterioration of the rainforest would also reduce the abundance of important native species such as tapir (Tapirus terrestris), peccaries (Tayassuidae) and brocket deer (Mazama sp.).

We seek to design an Ecological Corridor, identifying critical conservation areas to ensure connectivity between remaining habitat, preserving areas from further deforestation, and conserving resources that are vital to local residents for economic production. With the participation of the local community in the design and development process of the corridor proposal as well as facilitating engagement of local authorities, we aim to create a viable and sustainable corridor as a result, ensuring the preservation of the rainforest and maintaining long-term landscape connectivity for wildlife.