Cetaceans are 'slow-growing' species producing small number of oﬀ-springs and taking long periods to mature. they're susceptive to sudden change in their numbers which might irreversibly impact their populations. Therefore, knowing ''how many animals are there?'' is a milestone information to any conservation eﬀort. The bottlenose dolphin is a cetacean’s species mostly dwelling in coastal habitats and in direct contact with anthropocentric activities such as fisheries. In The Mediterranean Sea, little research has been done along the north African coast. The data imbalance between north (EU) and south of the Mediterranean has impacted basin-wide assessment/conservation initiatives of the species. In Tunisia, the handful studies conducted previously are mostly related to stranding and necropsy with little eﬀort to address or study population variables (distribution, abundance, structure...etc.). 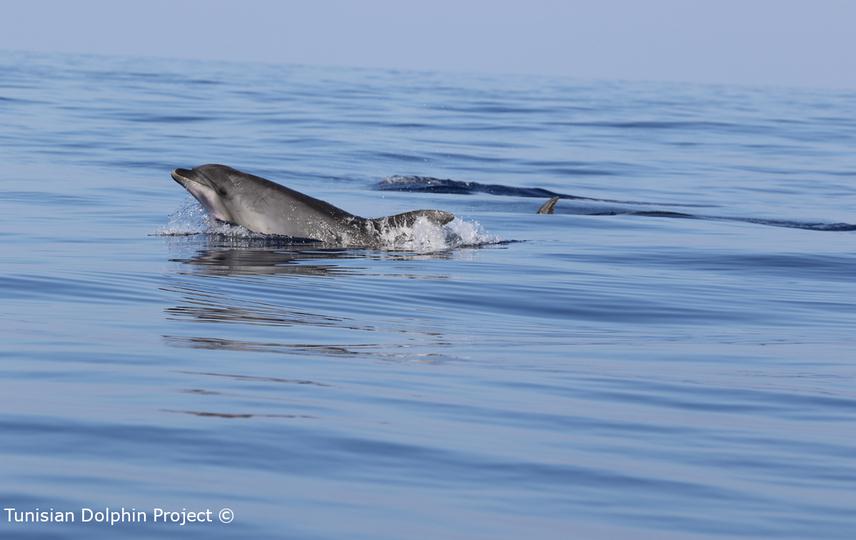 The Tunisian Dolphin Project is a long-term monitoring programme studying the bottlenose dolphin population (Tursiops truncatus) in Tunisia since 2015. The Project adapts photo-identification and mark-recapture methods to estimate abundance of the population and to know more about its social structure, behaviour and distribution.

For the 2022 - 2023 season, and with the assistance of the second grant from the Rufford foundation, the Project will; Continue monitoring the population in the northern part of Tunisia to detect any changes in the population by comparing the new and previous results; Extend the monitoring programme to the southern part of Tunisia to know more about the extent of the population in a step to create a national-wide photo-ID catalogue and abundance estimate; Model the habitat of the species in Tunisia; Continue monitoring the interaction with fisheries and aquaculture on a national level; Communicate the results of the project to different stakeholders and decision makers.