The State of Knowledge of Small Endemic Mammals of Colombia

In Colombia, one of the most biodiverse countries worldwide, several species of medium-sized rodents (e.g., agoutis genus Dasyprocta, and porcupine’s genus Coendou), and deer (e.g., brocket deer genus Mazama) are highly hunted. This situation seems problematic for some taxa that are currently considered subspecies which are restricted to the Colombian borders. Is spite that, there are no modern assessments of their taxonomic status, or the actual presence in the country. Therefore, the absence of clear taxonomic definitions put in risk the survival of some of these taxa, especially those restricted to small areas of the country. Our aims are to obtain novel data (molecular and morphological information) to provide the taxonomic status of these highly hunted taxa, and to evaluate their current presence in certain regions of the country. This information will be used as the baseline for future conservation actions. 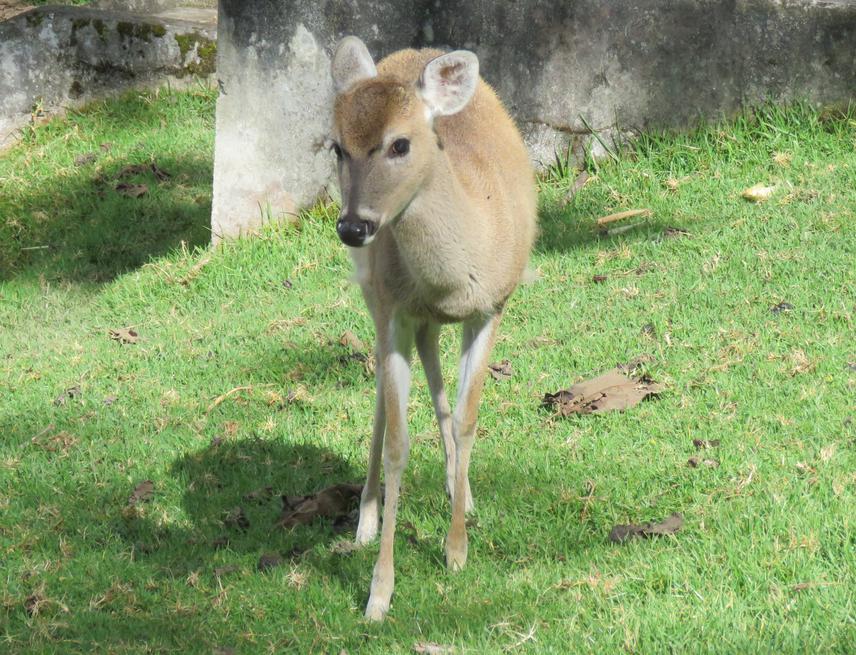 Deer from Central Andes of Colombia.

After reviewing the state of knowledge and distribution of several species of endemic mammals of Colombia, we have identified some taxa of medium size mammals, considered historically as “subspecies”, but totally neglected. Among then, medium-sized rodents (porcupines and agouties) have been facing some problems and have also been largely hunted in Colombia. Nevertheless, the taxonomic status of these species has not been evaluated using modern techniques such as molecular identification. In the case that some of the subspecies should be elevated to the specific range, this could totally change the conservation need of populations that are only distributed in reduced areas of the country.

Similarly, there is an endemic subspecies of a brocket deer (Mazama gouazoubira medemi) described from the Eastern lowlands of Colombia. This subspecies has been totally forgotten in the specialized literature, however, there is growing evidence on the underestimation of brocket deer biodiversity in the Neotropics. Deer hunting is a common activity in Colombia, but there is not clear information on the species that inhabit the country. To evaluate the taxonomic status of the endemic brocket deer subspecies and provide additional information on other deer species from Colombia, we will obtain novel information from museum specimens and from the field. This information is crucial for decision taken about the conservation needs of all the highly hunted mammals (porcupines, agouties, and deer) considering that the lack of recent morphological and molecular studies in Colombia is hindering adequate management planning of these taxa.