This project aims to obtain baseline information on distribution of snow leopard from far-western Himalayas of Nepal while sensitizing local communities on conservation and building their capacity on snow leopard monitoring. 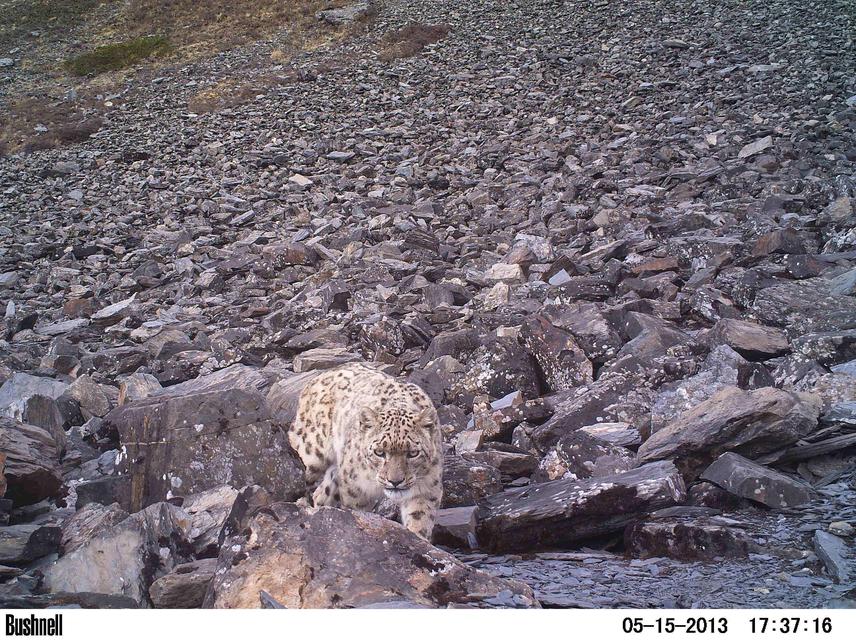 Snow leopard Panthera uncia is one of most endangered mammalian carnivores in the world. Being at the apex of the food web, its conservation is more than saving just a single species. Unfortunately, it continues to dwindle in the mountains of Central Asia, including the Himalayas largely due to retaliatory killing by local herders, prey depletion, habitat degradation and poaching for its pelts and bones. In Nepal, it occurs in northern frontier areas of Himalaya adjoining Tibet. Although a habitat suitability model for snow leopard in Nepal indicates that more than 70% of the snow leopard’s population occurs outside the protected areas (DNPWC/GON, 2005), scientific studies to confirm their presence outside the protected areas are still lacking. Despite representing a potential snow leopard habitat, very little is known from the newly established Api Nampa Conservation Area (ANCA), Bajhang and Humla districts of western Nepal. The revised Snow Leopard Conservation Action Plan for Nepal 2012 has also identified this region as a major habitat of the western population of snow leopard in Nepal. Population abundance of its wild prey-blue sheep Pseudois nayaur is also largely unknown from this region. Thus, it is deemed necessary to assess the distribution, habitat suitability and prey base of snow leopard from this region to initiate meaningful conservation actions.

We will use occupancy modeling to determine the proportion of area used by snow leopard, habitat suitability and the factors affecting its habitat use. Occupancy modeling offers an opportunity to obtain reliable information about the probability of a sampled site being used by snow leopards. Since it addresses the issue of imperfect detection, it is proposed to be more effective than traditional Snow Leopard Information Management Systems (SLIMS). We will conduct conservation education programs in pastoral villages to sensitize local herders on conservation importance of snow leopard. Outreach materials like posters and flyers will be produced and distributed among local pastoral communities to disseminate the conservation message. As a part of capacity building, we will train local Frontline park/forest agency staffs, local herders and youths on scientific monitoring techniques for snow leopard so that they act as “citizen scientists” and this approach is expected not only to facilitate the conservation planning but also to ensure the sustained conservation actions in the future. Through this project, we hope to develop spatial models for snow leopard distribution, baseline information on prey abundance and local capacity to initiate community based conservation actions.