Owing to the current trends of rapidly increasing human infrastructural development across the globe, the wildlife and their crucial habitats are shrinking on an alarming rate. Numerous solutions have been implemented to tackle this problem by a number of scientists, activists/organisations thus far. But one particular solution drives me the most, to find better human-wildlife coexistence, which is, to encourage effective community based conversation models. 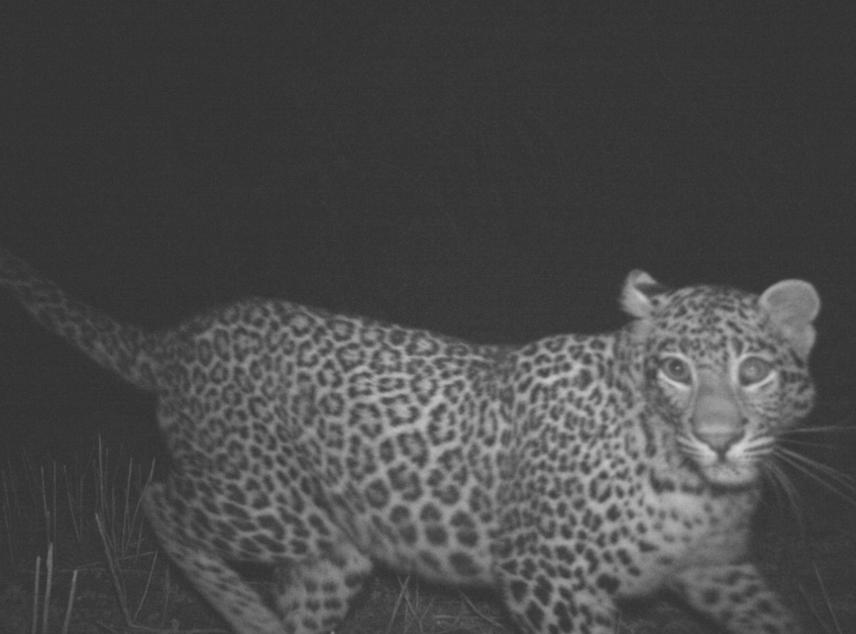 Leopard captured in our camera trap in very close proximity of Dhatmeer village.

By making the community aware about the importance of their surrounding landscape and the wildlife that contributes in keeping the habitat as is. By utilizing their traditional/ancestral knowledge and by assisting them in finding economic stability through small-scale community owned business, we can implant a seed of environment conservation. If these local communities are aware, informed and self-sustained, we can truly achieve wildlife/biodiversity conservation through harmonious coexistence.

With this project we aim to understand the perspective of local communities, living in the high altitudes of Indian Himalayas, towards leopards (locally known as Guldaar, Baghera or Bagh) and the impact of this coexistence. Also, by deducing some of the significant factors which influence the interactions between local communities and leopards, we aim to implement few mitigation controls. Controls, such as, community engagement/awareness activities, implementing predator-deterring techniques, improving/enhancing their livestock herding techniques, and establishing few small-scale/community-owned ventures, etc. will be implemented. Progress of the implemented controls will be monitored through some of the community members, who will be selected and trained throughout the project.

Leopard (Panthera pardus fusca) acts as an alpha predator in these high altitudes Himalayan forests and plays an important role in the maintenance of the endemic ecosystem. But due to the growing human influence, many keystone species, alongside leopards, face the pressure of numerous anthropogenic activities in the protected area. This study will assess the perspective of humans towards wildlife in general and towards leopards in particular through a detailed semi-structured questionnaire survey. By interviewing the local community and by monitoring the surrounding forests using camera traps, we will also know about the human interactions with other sympatric carnivore species such as the Snow leopard (Uncia uncia), Asiatic black bear (Selenarctos thibetanus), Himalayan brown bear (Ursus arctos), Wild pig (Sus scrofa) and the Himalayan wolf (Canis lupus chanco), etc.