Development of a Proposal to Guide the Sustainability of the Whale Watching Industry in Baja California Sur, Mexico

Government data have suggested that whale watching (WW) has grown rapidly in Mexicos´s Baja California peninsula, particularly in Los Cabos and Magdalena Bay regions. In the ﬁrst, proﬁts amounted to 388,622 USD in 2010. Proﬁts increased seven times in ten years, reaching 2,911,010 USD in 2019. However, it is important to note that some tourist companies have monopolized the activity and hence the WW incomes do not reﬂect a direct beneﬁt for the local community (SEMARNAT, 2020). The Marine Mammal Research Program of the Autonomous University of Baja California Sur (PRIMMA-UABCS, acronym in Spanish) has made some observations regarding the requirements established for international good practices and in NOM-131-SEMARNAT on WW, detailing that such requirements for humpbacks and grays are not currently met. However, there are no studies that have focused on researching the WW activity with systematic records. 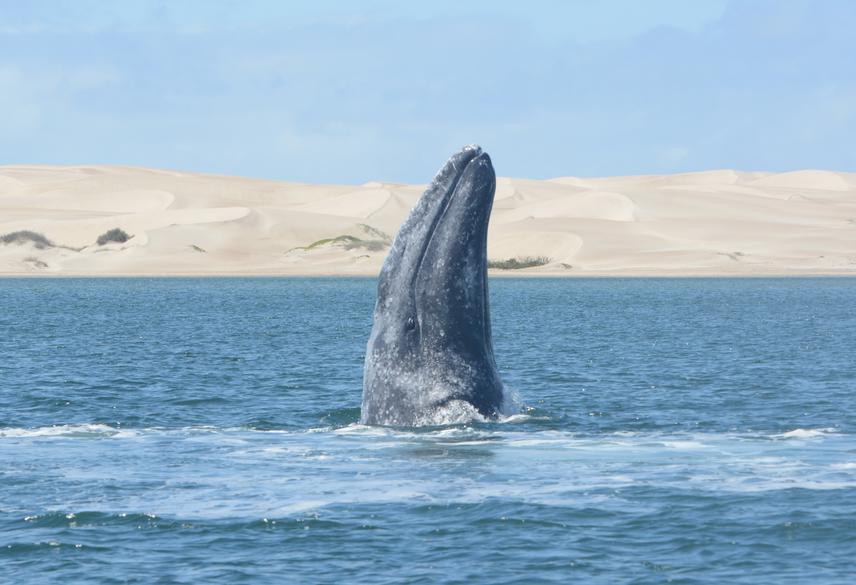 The objective of this project is to obtain the ﬁrst study that generates a baseline of the state of sustainability of WW in one of the regions with the highest tourism in Mexico, in addition to achieving a ﬁrst change in the perspective and ideas of some of the key actors and the ﬁrst accords of change of activities with a view to improving WW management in BCS Mexico.

This project will be developed in three stages of contribution. The ﬁrst will be a workshop with the various stakeholders and key actors that are related to WW in Baja California Sur (BCS), which will publicize the knowledge generated in recent years by PRIMMA researchers in the area and will also allow the participants to identify the importance of this information and to encourage them to generate their proposals to improve WW management in their region. Second, perhaps the most important contribution will be a document that will include the results of the surveys from the educational, scientiﬁc, governmental, recreational, biological and socioeconomic sectors. The same document will include recommendations addressed to the diﬀerent sectors based on the study of diﬀerent measures applied internationally and in Mexico, which can be applied adequately in the two regions. The third contribution will be an informative workshop detailing the ﬁnal results of this study. Based on the results and suggested recommendations, the key actors will generate ideas for actions that might improve the diﬀerent sectors, and agreements will be established for the short, medium and long term of the WW industry.