I will study the interaction between pumas (Puma concolor) and guanacos (Lama guanicoe) and its impact on vegetation in the Patagonian steppe of Argentina. More specifically, I will test (1) whether food limitation alters the strength of guanacos’ behavioral responses to the risk of predation imposed by pumas, and (2) whether such changes affect the indirect protective effects that pumas exert on vegetation. In addition, pumas and guanacos hold a negative public perception in rural areas of Patagonia, which has led to population declines of these species through lethal persecution. By improving our understanding of the ecological relationships between pumas, guanacos, and vegetation, my project also aims to widen our capacity to both improve the public perception of these species and develop effective management practices that reduce conflict with local ranchers 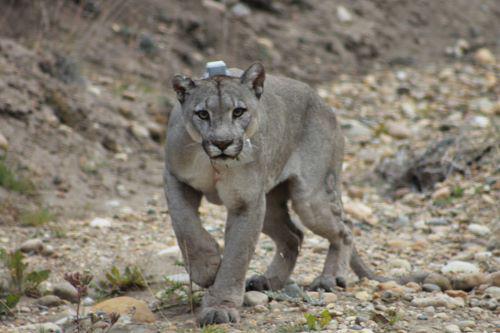 Worldwide, large carnivores are threatened with extinction, which posits their unique ecological roles at risk. In addition to reducing densities of herbivores, large carnivores may also have an indirect, positive impact on vegetation by altering the foraging behavior of herbivores. Despite its potential benefits to biodiversity and ecosystem function, evidence for such ‘behaviorally mediated trophic cascades’ and the environmental context that promotes them remains scarce and controversial. 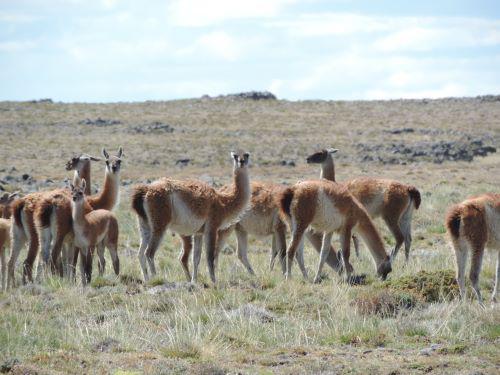 Pumas (Puma concolor) and guanacos (Lama guanicoe) form an iconic interaction throughout the Andes and across Patagonia. Yet, in Argentina, human persecution has largely disrupted this crucial interaction since the 1800s, such that this interaction is now rare outside of protected areas, with yet unknown ecological consequences. Such ‘keystone interactions’—through which the dynamic between a pair of species profoundly impacts the ecosystem—provide focal points for conservation efforts.

I will study the puma-guanaco interaction and its impact on vegetation in Patagonia Park, a recently established protected area stemming from efforts by Foundation Rewilding Argentina. I will test (1) whether the puma-guanaco interaction affects vegetation structure (i.e., whether pumas trigger a trophic cascade); and (2) if so, whether such a trophic cascade is contingent upon food limitation in the Patagonian steppe. This will allow me to evaluate how the interplay between predation risk and food availability impacts vegetation structure by shaping when and where guanacos forage. To do this, I will gather data on the movement of GPS-collared pumas and guanacos, mortality of guanacos by pumas, and vegetation biomass in areas that vary in risk of predation by pumas.

My work will quantify the importance of preserving the puma-guanaco interaction for the structure and function of rangelands. Identifying the environmental factors that trigger (or mask) trophic cascades will improve our understanding of the role that the puma-guanaco interaction have on structuring vegetation, thus highlighting the importance of preserving this keystone interaction to prevent the loss of ecological function in the Patagonian steppe and elsewhere in Argentina.

In addition, by better understanding the ecological relationships between pumas, guanacos, and vegetation in the Patagonian steppe, my project will also widen our capacity to shift local ranchers’ perception of these species from negative to positive and to develop effective management practices to reduce conflict.