The project aims to empower local communities in River Njoro watershed through education and mobilization towards proper management and conservation of environmental resources. It will enhance the individual and collective understanding of environmental issues affecting the watershed and its residents, and promote positive participation in conservation at the community level by overcoming ethnic influences that have hindered their role in environmental conservation. 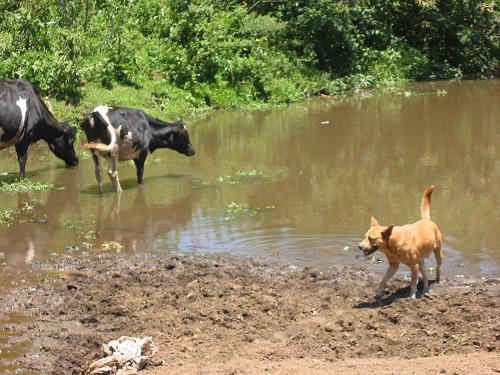 River Njoro is a small rural watershed with lots of significance since it is the only source of freshwater for Lake Nakuru, which is home for millions of lesser flamingos and many other bird species and wildlife. The watershed faces serious challenges due to anthropogenic influence within the catchment area, including cultivation, deforestation, overgrazing, over abstraction, pollution and, recently, fires. This has reduced the quality and quantity of the water reaching the lake and has degraded the environmental condition of the entire catchment. Efforts to rehabilitate it are faced with challenges including poor community support. This has grown worse due to the recent political unrest in Kenya, where ethnic tensions have influenced perceptions and activities of the various local communities in the country. 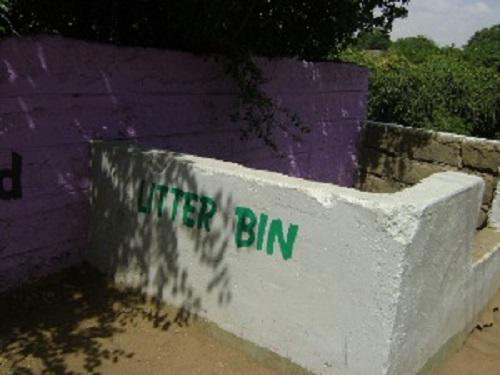 Huge litter bin for the school.

The River Njoro watershed is home to many ethnic communities (e.g. Kalenjins, Kikuyus, Luhyias, Luos, and Ogieks). These ethnic communities have varied livelihoods. Some depend directly on natural resources e.g. forests and river in their daily endeavors. Ethnic conflicts have adversely affected the sustainable use of such resources due to the perceptions various communities have developed. E.g. one community would threaten to burn a forest as a way of attacking another community. This results to loss of habitats, changes in biodiversity, and subsequent effects on ecosystem function in the entire catchment. 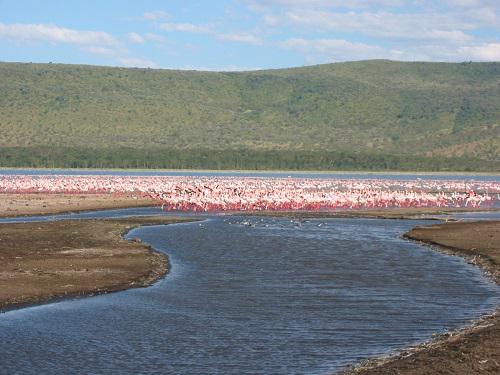 To avoided such scenarios and conserve the environment, this project will empower the local communities in the watershed through education and awareness creation of the vital role each can play in conservation and management of environment and biodiversity in the watershed. It will help change the perceptions by the communities and build an understanding that we all get affected by the surrounding environmental conditions.

The communities will be mobilized into teachable groups within ethnic groups through guidance by local leaders and collaboration with local CBOs and run training sessions for each group on environmental issues around the watershed, benefits from well maintained natural/environmental resources, and participation and positive contribution by local people.

Training will be in pre-arranged open gatherings conducted in participatory and interactive manner. Primary and secondary schools will also participate through educating environmental clubs on environmental issues generally and within the watershed. Pupils will be empowered to cause positive impact in conservation at their tender age and through into the future.

This project will also bring together various stakeholders in the watershed and establish a follow-up program.