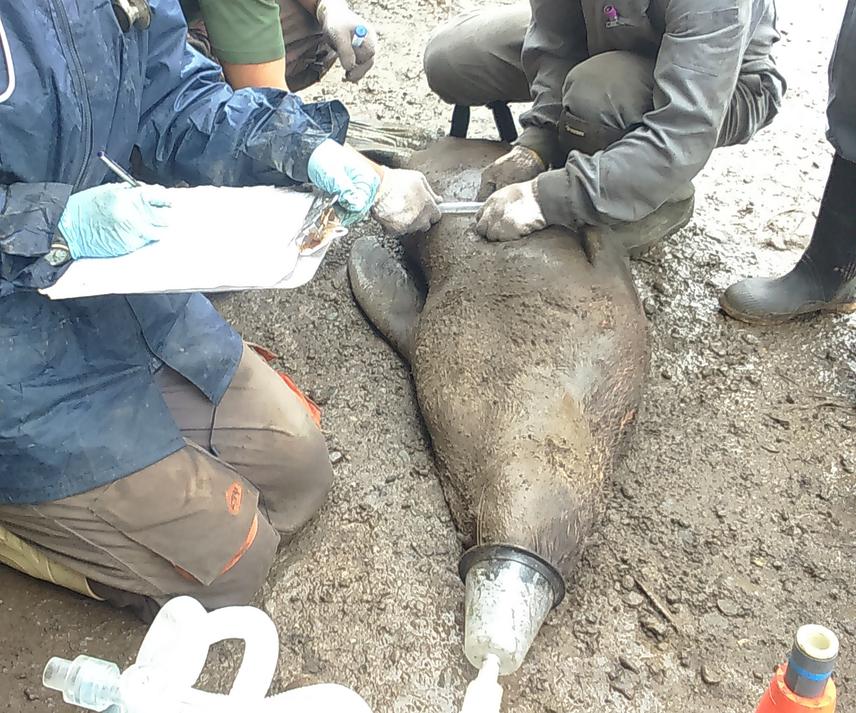 Plastic pollution is one of the major threats to marine ecosystems. Although great efforts have been done to track and measure plastic pollution in Northern Hemisphere ecosystems, little is known about the anthropogenic impact on Southern Hemisphere oceans. Guafo Island is a pristine, remote and highly productive ecosystem located in Northern Pacific Patagonia, were preliminary studies have shown that there is extensive plastic pollution in the reproductive grounds of marine birds, sea lions and fur seals. Occasionally observed fur seal entanglements that cause severe injuries and even death of animals. Besides microplastic ingestion, found in fur seals scats. Which indicates that there could also be a hidden impact of microplastic in the trophic chain of this ecosystem. That’s why, this project focus in identify the real human (“plastic”) impact in the island, related with the fur seal population health. Classifying and tracking the origin and effects of macro/micro plastic pollution in the Guafo Island marine ecosystem, using fur seals (top predator) as a bio-indicator. In the next season (Austral summer, December of 2016 to March of 2017) our team going to identify and quantify the prevalence of "marine debris" in the area and its immediate surroundings, identify the sources that has potential for the entanglement of marine animals. Monitoring the fur seal population (comparing results with past years data set), as population size and health status. It will be done through censuses, and, capturing pups and adult females (taking blood and feces samples). For microplastic ingestion detection, we going to collect fur seals scats and correlate with all data, local and global.

Finally, this project have a diffusion objective, in which our preliminary and new results will communicated in a local communities close to the island (Quellón, who depend on fishing in Guafo Island) to promote the conservation mentality for this ecosystem. Besides diffusion in the capital city of Chile (Santiago), in schools and universities. By achieving these goals we will have enough information to make informed recommendations to the local authorities (e.g. Chilean Fisheries service) to diminish plastic pollution in the area.