Range-wide conservation planning for African wild dogs (Lycaon pictus) was inspired by a study that showed how African wild dogs and people could coexist in Kenya’s Ewaso ecosystem. Yet, in 2017, an epidemic of canine distemper devastated this iconic population: two solitary animals remained where 20 packs had lived just a few months earlier. 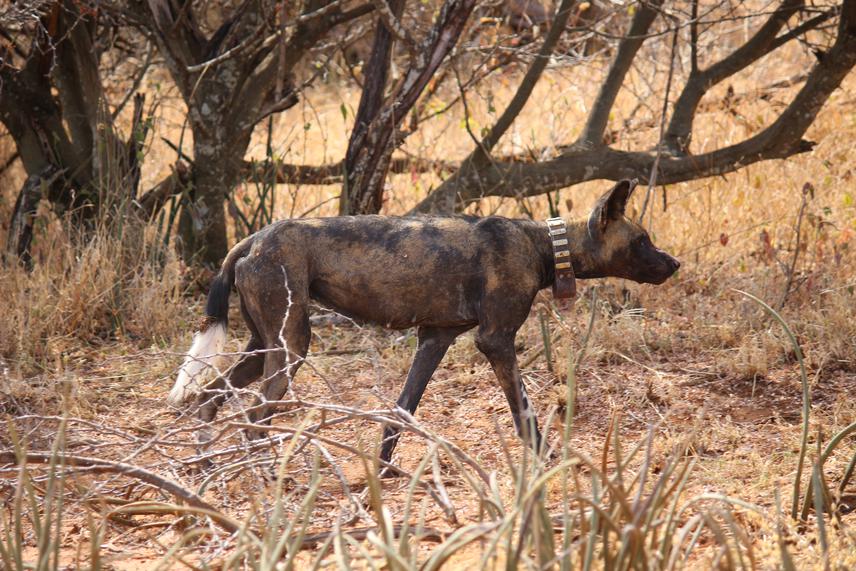 In the 2020’s, and as survivors and immigrants re-form tiny packs, I aim to recover this globally important population, encouraging rapid population growth by tackling the two greatest causes of mortality: infectious disease, and deliberate killing by people. Intriguingly, mortality of African wild dogs from both sources of mortality is especially frequent in hot, dry weather.

Therefore, addressing these threats is even more urgent as climates warm and dry throughout Kenya and elsewhere in East Africa. During periods of hot, dry weather, space use by herders, their dogs, and their livestock is more likely to overlap that of African wild dogs. The reasons for such increased overlap are poorly understood. Because the domestic dogs that accompany pastoralists transmit infectious diseases (principally rabies and CDV) to African wild dogs, and because African wild dogs occasionally kill livestock, warming temperatures and drying conditions could increase both the risk of disease spread and livestock depredation, the latter of which leads to retaliatory killings by herders.

I will quantify the relative importance of these two major threats to African wild dogs and the role that domestic dogs play in both sources of mortality. My proposed research will enhance our understanding of how domestic dogs, livestock production, and climate change influence population viability of African wild dogs, to ground future conservation action in the best science possible.