This work has a big goal of integrating rabies vaccination campaigns with research to help us understand rabies better and its spread to humans, livestock and wild carnivores. The specific aims are 1) understanding the disease burden of rabies at the county and community level, 2) domestic dog population dynamics in relation to vaccination efforts and 3) wild carnivore disease prevalence in relation to domestic dog vaccination efforts. 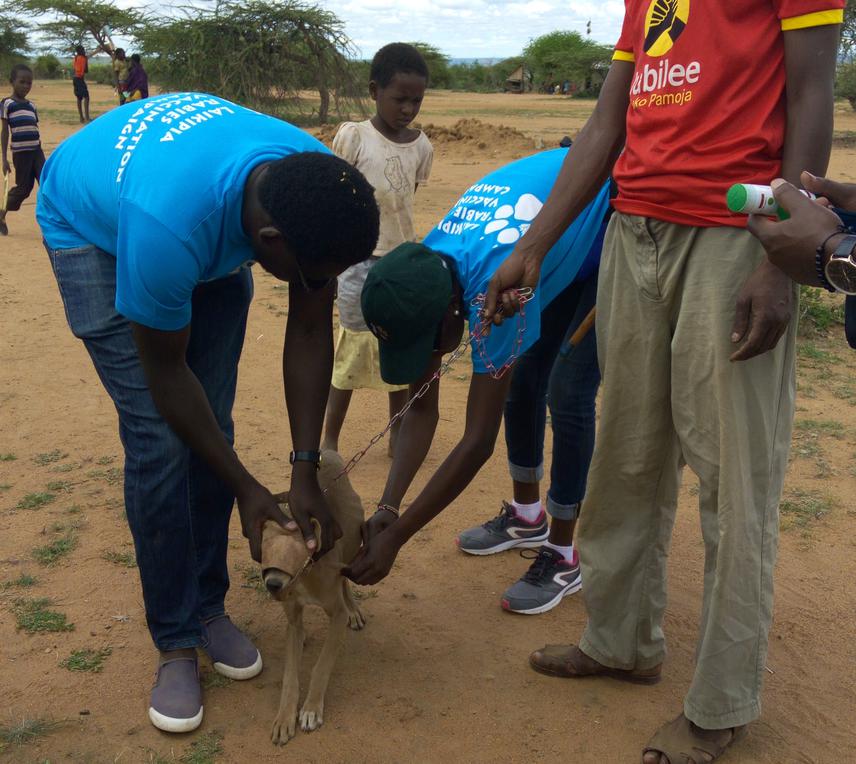 Emerging infectious diseases represent a growing threat to human and animal well-being on a global scale. For East Africa, human population increase and expansion of the human-wildlife-livestock interface (HWLI) function to create a hotspot of emerging zoonoses as well as increased burdens of neglected zoonotic diseases (NZD) such as rabies. Rabies disproportionately affects children in resource-limited communities and despite being completely preventable, a mean of 60,000 people are estimated to die from the disease annually, with more than 95% of those deaths occurring in Africa and Asia. Of these 60,000 deaths, more than 98% are attributable to bites from domestic dogs (Canis familiaris), which constitute the major reservoir of human rabies in sub-Sahara Africa. Although domestic dog vaccination campaigns represent an effective method for controlling human rabies, limited knowledge of and research on disease burden, domestic dog demographics, and the role of wild reservoirs help to prevent successful elimination of this disease from rural populations in Africa.

This project proposes to address each of these three limiting factors using integrative research guided by One Health principles in rural Kenya, where an estimated 2,000 people die from rabies annually. Specifically, survey data on rabies burden from medical professionals and community members will be combined with ecological data from domestic dog populations and active disease surveillance of wild carnivores to model human mortality, transmission dynamics, and effective vaccination strategies for rabies in Kenya. Kenya’s Laikipia County (LC), where livelihoods, livestock, and wildlife intersect, is an ideal setting to research these issues.

Results from a pilot vaccination campaign implemented in 2015 across 5 communities in collaboration with the Small Carnivore Research and Parasite Study (SCRAPS), Kenya Rangeland Wild Dog and Cheetah Project (KRWDCP), International Livestock Research Institute (ILRI), and Mpala Research Centre (MRC), found only 14% of domestic animals (116 of 814) vaccinated against rabies, despite nearly 70% of owners reporting knowledge of the disease. More than 37% of community members reported knowing someone that had been bitten by a domestic carnivore, as well as 5 rabies-caused deaths, a finding in line with recent incidents from LC. These results, combined with human health risks and potential impacts of rabies on endangered carnivores inhabiting the region, e.g. African wild dog (Lycaon pictus), demonstrate a clear need for further research on this deadly virus along Kenya’s HWLI.