We will explore consequences for human and wildlife health of recent intertwined events, political upheaval and prolonged drought in Kenya. In 2017, drought and political unrest prompted local pastoralists to move thousands of cattle into wildlife areas. This coincided with an epidemic of canine distemper virus (CDV), which led to the near-extinction of the local African wild dog population and high mortality of domestic dogs. We will test the hypothesis that these events were related, by invaders inadvertently introducing CDV infected domestic dogs to the wildlife areas. We will then help formulate disease control strategies under rapidly changing social contexts 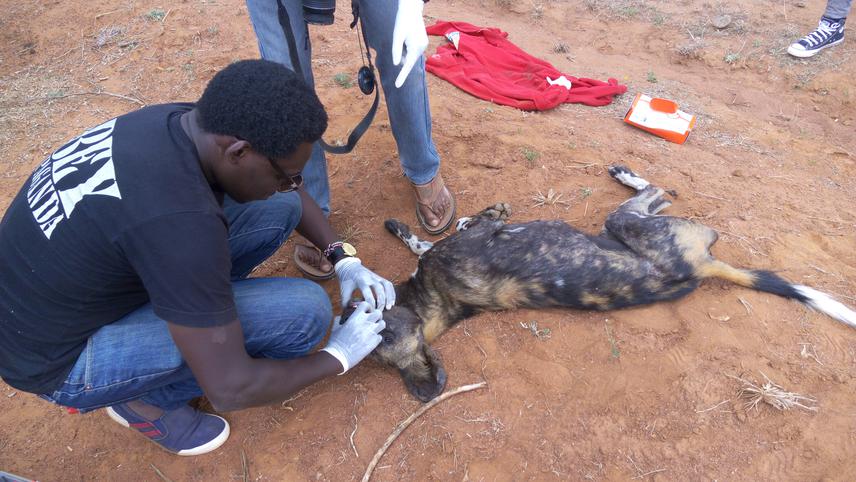 This project seeks to explore the consequences for human and wildlife health of recent political upheaval in Kenya. In 2017, prolonged drought and political unrest prompted local pastoralists to move hundreds of thousands of cattle onto wildlife areas in Laikipia County, with 22 people killed in the resulting conflict1. In the same year, an epidemic of canine distemper virus (CDV; a virus related to human measles which cannot infect people) led to the near-extinction of the local African wild dog population2. High mortality of local domestic dogs was also reported. This project will test the hypothesis that these three events were related, through the introduction of CDV-infected domestic dogs accompanying the invaders. I will then use this case study to model potential disease control strategies under rapidly changing social contexts.

Until 2017, Laikipia County was widely viewed as a “success story” for the coexistence of people and wildlife. Despite containing no enforced government protected areas, it sustained high densities of elephants, the world’s largest population of endangered Grevy’s zebra, and multiple rhino sanctuaries. Increasing proportions of both private and community land were being set aside for ecotourism. A long-term study of endangered African wild dogs showed that densities of this endangered predator were amongst the highest in the world, with packs faring equally well on community land and private ranches.

In 2017, at the peak of the land invasions, all radio-collared wild dogs packs in Laikipia died out, with CDV infection confirmed2. Later the same year, annual rabies vaccination efforts revealed a marked decline in domestic dog numbers in parts of Laikipia. The cause of this domestic dog mortality is unconfirmed, and its relation to the wild dog mortality is uncertain; previous studies have indicated that CDV is not maintained in the local domestic dog population, and that both wild dogs and domestic dogs might acquire infection from other host species, such as small carnivore. Whatever the true cause of the domestic dog mortality, local communities blamed the rabies vaccine for killing their dogs. Hence, as well as directly impacting local wildlife, the epidemic may have indirectly impacted human health by compromising uptake of rabies vaccination.

This project will exploit the opportunity offered by these recent events, in a relatively well-studied area, to address four questions relating to the epidemiology and management of CDV and rabies to protect human and wildlife health.