Domestic dogs are the most dominant carnivore in the Himalaya. Left unmanaged, dog populations explode and come into conflict with endangered wildlife like red panda and musk deer. However, dogs are an essential facet of pastoral life in the Himalaya, and eradication is not feasible. We educate communities about how animal birth control programs benefit them, their dogs, their livestock, and their wildlife. We deliver vaccines and veterinary services into the Himalaya so that rural communities have the means to participate in long-term and effective dog management strategies. 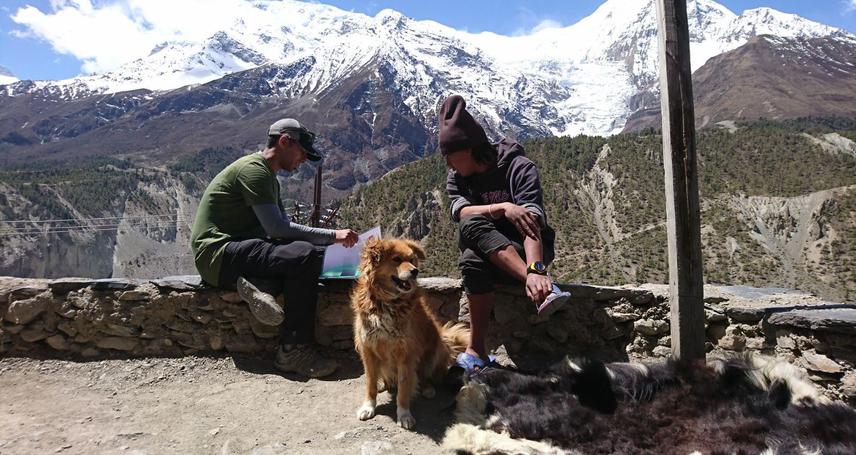 Close to a thousand domestic dogs roam the valleys of Nepal’s Annapurna Conservation Area. These dogs vastly out number all native carnivores within the National Park, and have attacked and killed endangered mammals such as red panda Ailurus fulgens, and musk deer Moschus leucogaster. They also spread diseases like rabies, distemper, and mange to native canids like jackal and foxes. Dogs shed numerous parasites in their faeces, which can be picked up and dispersed in the environment by native wildlife. Distemper has caused mass carnivore die-offs throughout the world, and causes 100% mortality in red pandas. It is much cheaper and easier to prevent disease outbreaks than to attempt to contain it.

Local communities rely on dogs to guard livestock and property. Dogs also protect wildlife when they prevent retaliatory killings of wild predators like snow leopards, which would readily attack livestock if they were not guarded by dogs. Local communities have attempted to reduce dog numbers by poisoning dogs with strychnine, but these caused secondary poisoning in Himalayan Griffon vultures Gyps fulvus, and other native scavengers that fed on the carcasses of dead dogs disposed into forests and rivers. Communities recognise these problems, but they need to keep their dogs, and lack the economic capacity and access to implement effective birth control and vaccination programs for their dogs.

We help communities overcome this by delivering veterinary services and vaccinations into the Himalaya. We work with local veterinarians to educate communities about how to identify signs of disease in dogs. This serves as a form of surveillance for potential outbreaks amongst wildlife. Through our work, communities learn the importance of neutering and vaccinating dogs to defend wildlife, themselves, and their livestock. We also educate local veterinarians how to be aware of wildlife diseases while working with domestic animals.