The coast of Peru is one of the world’s areas of concern regarding high cetacean bycatch. This is a problem that has implications not only for the populations of marine mammals but also for the safety and livelihoods of the fishers involved. Small-scale fisheries have increased by over 54% in the last decade to over 18,000 vessels and the fleet continues to expand. With this increasing fleet, cetaceans are regularly caught as bycatch in Peru’s small-scale net fisheries, with an estimated annual take of more than 10,000 individuals (i.e., this estimate only includes small cetaceans). This requires particular attention to save dolphins and whales by making the fishery more sustainable. 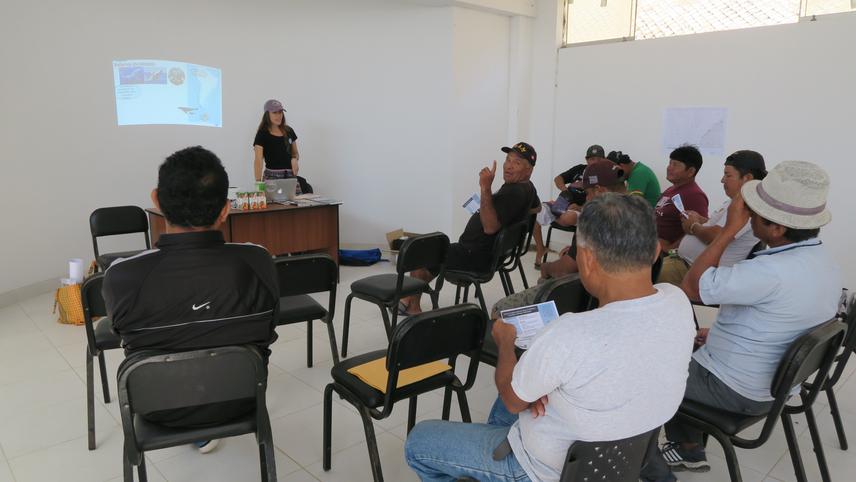 In this project we want to reduce the bycatch of small and large cetaceans by installing acoustic devices (pingers) on net vessels operating from Mancora, Piura, Peru. Acoustic alarms, also referred to as pingers, are small battery-powered devices attached at intervals along a net that emit a repeated acoustic signal heard by cetaceans and is a bycatch reduction technology used to deter them from fishing nets. We will monitor pinger effectiveness on cetacean bycatch and the catch rates of target species (e.g., tuna and dolphinfish). The information collected will be given directly to the fishers and presented to authorities of each region, with the purpose of communicating to them the availability of tools that can address this issue in Peru. If successful, the use of pingers in this fishery could save hundreds of threatened and endangered small cetaceans annually, e.g., common dolphins (Delphinus spp), common bottlenose dolphins (Tursiops truncatus). Given the previously reported interaction rates with humpback whales (Megaptera novaeangliae) in this area, this will also be one of the first opportunities globally to test whale pingers in a rigorous way.