Ceratophrys ornata, the Giant of the Pampas: Developing a Comprehensive Conservation and Management Strategy

The Giant of the Pampas: Creating the Grassroots to Conserve Ceratophrys ornata in the South American Grasslands 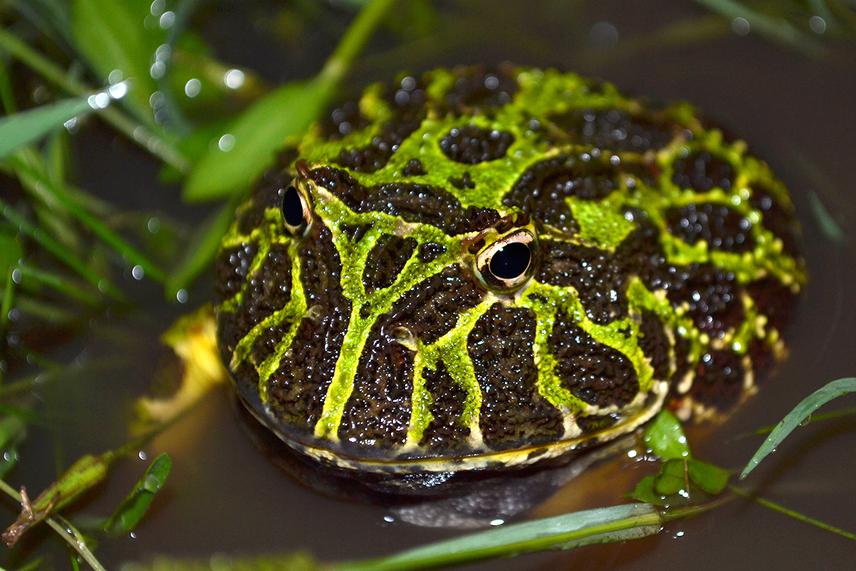 Ceratophrys ornata is one of the amphibian threatened species of the Pampas which also occurs in Brazil and Uruguay being considered a globally Near Threatened species. In Argentina the conservation status is Vulnerable but there are several reasons for which we argue the need for a reevaluation of its status. In the first place, this assignation did not include occurrence data from the entire distributional range (which is actually unknown), and sampling efforts to estimate population abundance were focused in very few localities. Additionally, given the current lack of records and that virtually all the supposed distributional range has been replaced by agricultural and urban landscapes, scientific and conservation community has warned to initiate conservation actions immediately. On the other hand, C. ornata is a fossorial anuran with an extremely short and hardly predictable reproductive period, which could be resulting in a sub-estimation of its abundance. We propose to develop a comprehensive conservation strategy aimed to protect C. ornata and one of the most altered Neotropical biomes.

We will working on:

1) A comprehensive strategy to obtain the largest amount of records using several sources, including fieldwork, herpetological collections and citizen science.

2) By using niche modeling we will define the potential distribution and we will also obtain information about the threats proposed as factors causing the C. ornata population decline and the areas with high probabilities of occurrence. In addition, using historical records, we will know in which areas of Argentina the species has disappeared. From this model, the priority areas for conserving C. ornata in Argentina will emerge.

3) During fieldwork we will gather novel data about habitat use and other natural history characteristics. Additionally, we will collect tissue samples and create the first tissue collection for future DNA analysis aimed to conduct population-genetic studies.

4) We will obtain, using personal interviews, the perception that rural communities have of C. ornata and also the relationship with it.

5) Based on all the information obtained, we will be able to conduct a reevaluation of the conservation status of C. ornata in Argentina, including for the first time data of the entire distributional range for this country.

6) Finally, the outcome of this proposal is to develop a comprehensive conservation and management strategy aimed at protecting C. ornata. Using all the results obtained, we will perform a conceptual framework to set up long-term conservation actions.