The Giant of the Pampas: Creating the Grassroots to Conserve Ceratophrys ornata in the South American Grasslands

Ceratophrys ornata, the Giant of the Pampas: Developing a Comprehensive Conservation and Management Strategy

We are proposing the creation of a grassroots movement to conserve Ceratophrys ornata encompassing its global range. Extensive fieldwork, citizen science and public engagement campaigns will be applied to rediscover C. ornata in Brazil and Uruguay and to study the species biology and threats affecting populations in Argentina. This proposal is aimed to continue strengthening the processes to protect C. ornata in the South American grasslands. 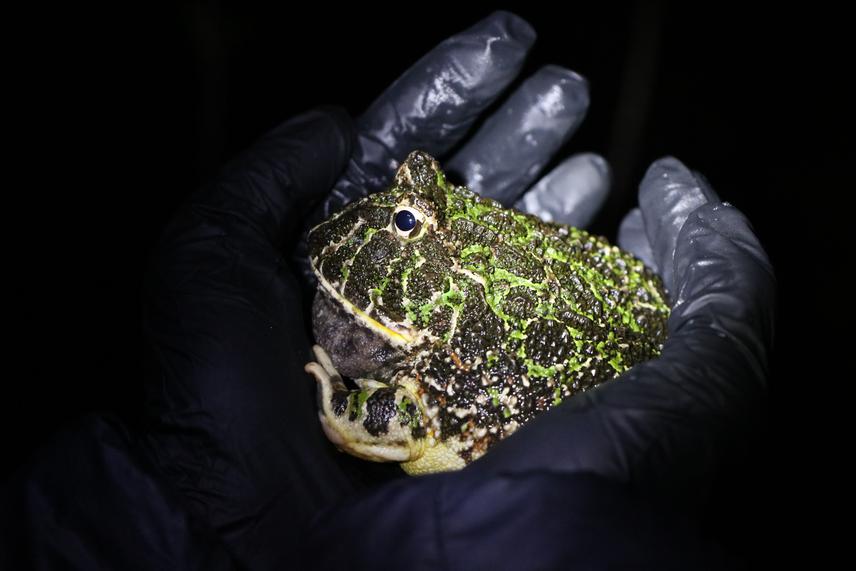 Ceratophrys ornata is an emblematic amphibian from South American temperate grasslands. Many populations in Argentina have apparently declined and it has not been formally recorded in Brazil and Uruguay since 1982. Although its global conservation status is Near Threatened, this assessment is currently outdated and incomplete. The lack of field studies that provide information on distribution, population size and threats has been an obstacle to conducting a serious assessment of the global conservation status and, therefore, to develop effective conservation actions.

During 2016/17, I set up a citizen science program to obtain occurrence data of C. ornata in Argentina, as a complement to field research. Through this program, we increased ten times the number of records obtained during 10-years of field surveys. We also identify areas where the species is disappearing and determined two priority conservation areas in Argentina. Based on these results, I am proposing to deepen the knowledge of the status and trends of the populations in Argentina but also to expand the strategy to Brazil and Uruguay.

This international initiative will be developed by South American institutions, involving extensive efforts performed together with Universities, NGOs, Governmental Agencies and rural communities. Moreover, it will lay grassroots for a conservation and management strategy aimed to protect C. ornata within its entire distribution, having essential outcomes for grassland conservation.