Musk deer were previously found throughout the Himalayas from Afghanistan to Pakistan, India, China, Nepal, Bhutan and Myanmar. However, recently these species are distributed in the isolated habitat patches. The commercial demand for musk had caused the disappearance of the species from many parts of its previous distribution. In Nepal, the population of Musk deer is declining day by day from its natural habitat. In higher altitude, forest fire may be set accidently by local people heading for Cordyceps sinensis (Yarsagumba) collection, or the porters by throwing burning cigarette. Forest fire may cause loss of life of Musk deer including other wild animals and their habitats. 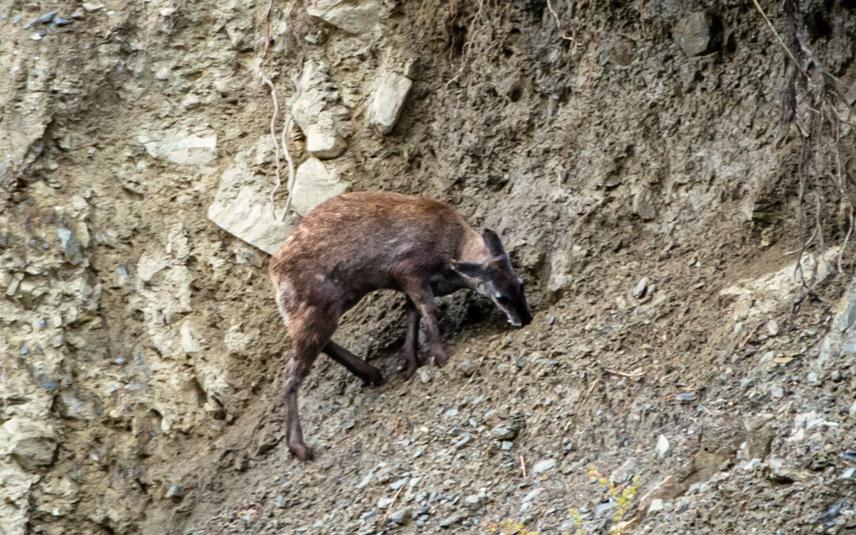 Manaslu Conservation Area (MCA) is one of the best habitats for Musk deer which is located on the northern side of Nepal and lies in the Gorkha district of Bagmati province. MCA was established on 28 December 1998 and covers an area of 1,663 km2 from elevation of 600 m to 8,163 masl and is managed by National Trust for Nature Conservation (NTNC).

Local people of MCA are unaware of the status of wild animals and legal action against illegal wildlife activities. Gap in the awareness programs may have cause threats to wild animals including Musk deer. So, awareness for the local people including the government body is crucial for furthermore action in conservation and helping in mitigating the threats for Musk deer from each and everyone's side.

Our previous study in MCA had found different threats (forest fire, habitat loss, construction near Musk deer habitat and disease) for the Musk deer. Different habitats can have different threats. In this study, the habitat condition of previously studied sites and other potential habitat of the Musk deer will be surveyed and threats to the Musk deer in those habitats will be bring forth and proposed the mitigation plan to the local people and government body.