Loss of natural habitat due to land cover change is a major threat to biodiversity globally (Jung et al., 2019). One-third of the Earth's terrestrial habitats are estimated to be converted into agricultural land and urban settlement. Due to the shrinking habitat, elephants are progressively forced into closer contact with the human community, resulting in frequent and severe conflicts over space and resources, with consequences ranging from crop-raiding to loss of life. When humans transfer the landscape, human and elephant populations are pushed to live in ever proximity, the likelihood of conflict increases with economic and life-threatening consequences. 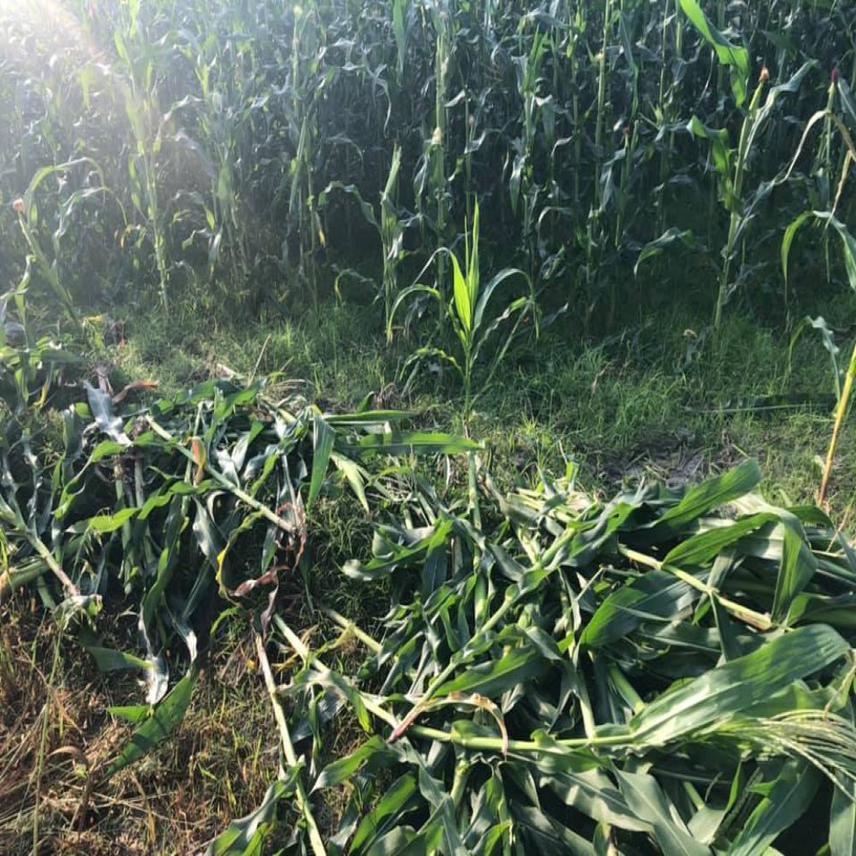 Damage to the maize cultivation by the elephant.

The Jhapa district experienced conflicts between humans and elephants for a long time due to land use conversions from forest land to settlements and agricultural land. Increasing human populations have intensified this land-use change, which further degrades and fragments the elephant's habitat. As this district does not contain any protected area networks, there have been limited research and conservation efforts conducted to date. Therefore, this project aims to access spatial and temporal patterns of land cover change and the resulting impact on the elephant's habitat in the district. For this, this project will use a combination of Geographical Information System (GIS) and remote sensing techniques and questionnaire surveys to assess the spatial and temporal patterns of land cover change and their impacts on Asian elephant's habitat. Furthermore, this project aims to continue the community outreach program developed in the first phase of Rufford funding through educational workshops, radio programs, and ongoing community support.