Advancing Knowledge from Coastal to Pelagic for "Species Conservation Action Plan of Turkey": A Tool to Prioritise Measures against Population Decline

Our previous studies implemented the very first steps on cetacean research and conservation (visual-acoustic surveys, photo-id catalogue, capacity-building workshops,) within Turkey. We have reported the presence of at risk and data deficient cetaceans with seasonal site fidelities, yet facing with major threats. Data gap is deemed as main conservation barrier. This particular project employs advanced techniques by combining visual and acoustic surveys with deep sea sampling to estimate the biodiversity in the critical habitats and aims to create "Species Conservation Action Plan" for the deep diving species-sperm whales and beaked whales- and directs its multidisciplinary conservation efforts to the pelagic zones for prioritising species-specific conservation measures to minimise the population decline on these keystone species. Additionally, current project poses an importance with its stakeholder involvement as in women researchers will be prioritised with their involvement to the field surveys and nature awareness will be raised with produced documentary movies. 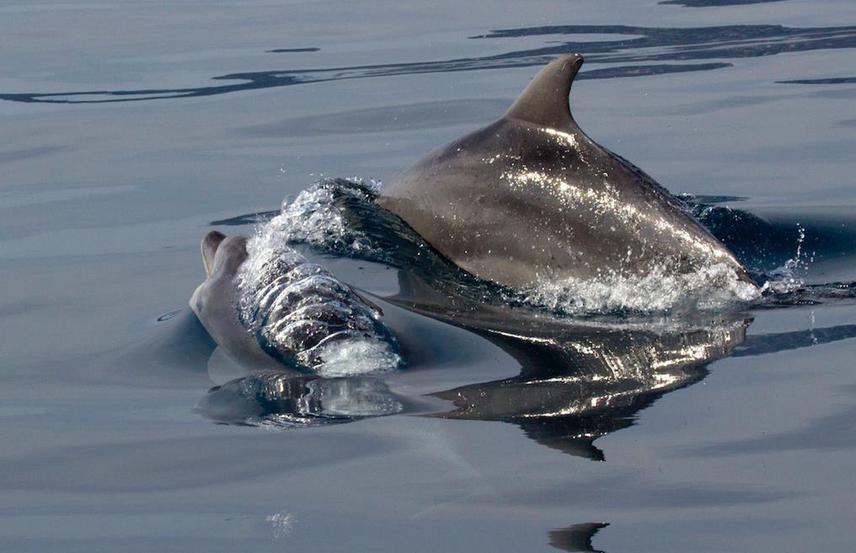 Our previous work highlighted the importance of north Levantine Sea in the entire eco-system of the Mediterranean Basin. The current project builds on these previous knowledge with additional survey techniques as in acoustic surveys with community involvement. Further the project extends the survey coverage from coastal zones to pelagic waters and aim to build "Species Conservation Action Plan" together with multiple influential institutes for well-designed protected areas in Turkey. While the current project not only focuses coastal cetacean species-bottlenose dolphins-, it also directs its effort to the deep diving elusive species as in sperm whales and beaked whales. Further, the target survey site is also understudied despite its known rich biodiversity and covers vulnerable habitats from coastal zones to its deep sea canyons, mud volcanoes, and methane cold seeps.

Fundamental outcomes are defined as:

• identified critical habitats will be extended,

• baseline information of bottlenose dolphins, sperm whales and beaked whales will continue to be collected,

• unknown by-catch rates of species will be examined,

• vulnerable and endemic habitats like Finike Seamounts and the east of Hellenic Trench will be seasonally surveyed,

• "Species Conservation Action Plan" for sperm whales and beaked whales will be created that will form an important reference guide for knowledge, threat analysis and management strategies.

Regarding the community involvement, fishermen would be one of the key stake holder of the project and our mutually respectful relationship with them will be further supported through frequent visits and interviews.

Additionally, special attention will be paid for involvement of local women researchers to the field activities to support the women importance in science. Further, the released documentary movie in one of the least known and elusive species-sperm whales and beaked whales- will be raising public interest on their protection in Turkey. Last but least, the project follows a multi-disciplinary approach with joint collaboration effort which helps us to collect biodiversity level information and cultivate the importance of data sharing for effective marine conservation efforts.