The endangered golden langurs (Trachypithecus geei) are species of primate endemic to Bhutan and North-east India. There are around 2,439 individuals of golden langurs recorded in the recent survey by Thinley et al. (2019). While the capped langur (Trachypithecus pileatus) is a vulnerable primate that is found in the South-East part of Bhutan. There are reports of hybrids between these two primate species along Dunmang hotspring in Zhemgang district, Bhutan. Thinley et al. (2019) reported 130 individuals to be hybrids while Wangchuk (2005) first observed the hybrids and estimated around 15% of golden langur population to be hybrids. The golden-capped hybridization is still obscure, which could be one of the major threats leading to extinction of golden langurs, already threatened by habitat loss and fragmentation. 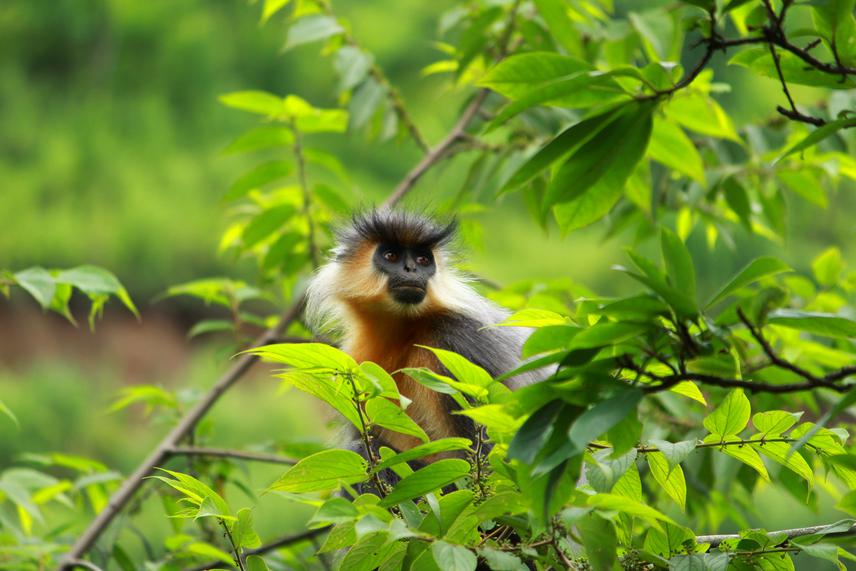 2. Study the extent of hybridization and the effect on the diversity of golden langur populations.

The feasibility of a viable and fertile hybrid offspring signals multiple probabilities including a decrease in diversity due to declining fitness following admixture, or it can introduce new variations facilitating adaptations to new environment. This concern surrounds the effects of human-induced habitat change, specifically the disintegration of ecological barriers. The information on the extent of hybridization and morphological characters are still inadequate to assist effective conservation measures. These resolutions can be used in the assessment of nature and intensity of threats due to hybridization, to reinforce appropriate conservation guidelines. Additionally, educational campaigns will be conducted on golden langurs and their importance, specifically among local communities and school students living along the distributional range of golden langurs.

Cumulatively, this study directs towards the conservation needs of the endangered golden langurs, through an adequate attention to hybridization event. I anticipate that this study will help assess the extent of golden-capped hybridization and provide necessary data for morphological diagnostic characters of possible hybrids for accurate identification and monitoring.