People, Elephants and Leopards: Synthesis of Social and Ecological Knowledge in Mitigating Conservation Conflicts in an Indian Biodiversity Hotspot

Long-term research and conservation interventions on coexistence between people and large wildlife (elephants and leopard) have yielded positive results in the tea-plantations of north-eastern India. The proposed project will scale up the conservation efforts to the greater landscape using learning from our past studies and conservation actions. The proposed project will facilitate the creation of voluntary quick response teams in villages with elephant and leopard presence. 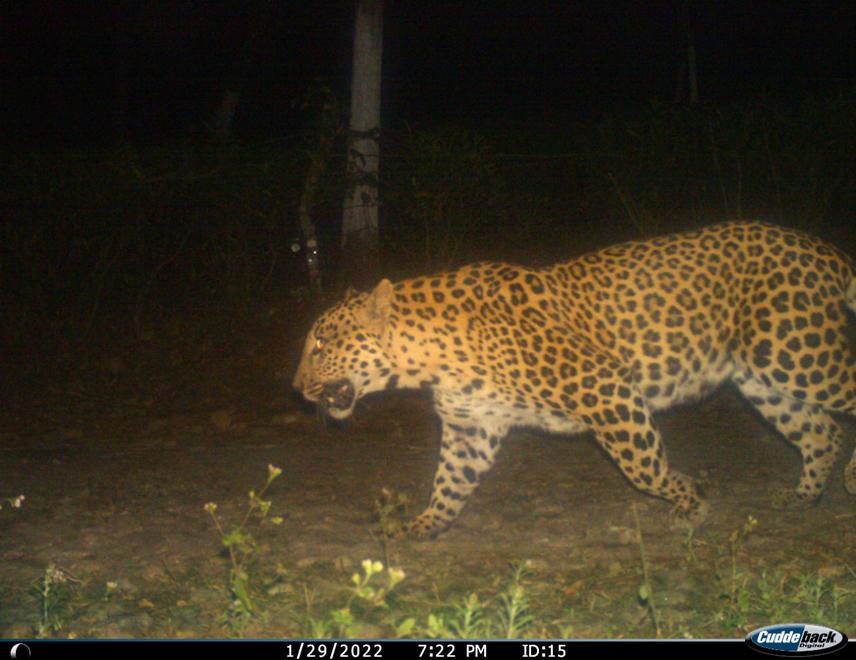 The project will monitor the movement and ranging of elephants and leopards using telemetry and field tracking for more informed conflict mitigation and to avoid negative interactions between people and threatened wildlife. The project is located in a trans-boundary elephant corridor of the East-Himalayan Biodiversity Hotspot. The landscape is in between Nepal in the West, Bangladesh in the South, Bhutan in the North and the state of Assam in the east. The region is a matrix of tea-plantations and protected areas interspersed with high-density human settlements with a population of 700 people per sq km. The forest patches vary in size ranging from 10 sq km to 400 sq km are connected through the tea-plantations. The tea gardens act as important parts of the elephants' range as they use these tea gardens to move between forest patches and meet their ecological requirements.

On the other hand, leopard populations are sustained by the tea-plantations as it provides ample cover for hiding as well as domestic prey. People are also dependent on the landscape for livelihood as they work in the tea plantations and also in the agriculture fields. The region faces high human casualties and economic losses due to accidental encounters between people and large wildlife such as elephant and leopard. These losses have continued unabated for decades without any focused intervention and that has been the lacuna that our project aims to address. Our previous efforts have been on understanding the nature of these encounters to devise suitable mitigation plans and test them on a pilot-scale.