People, Elephants and Leopards: Synthesis of Social and Ecological Knowledge in Mitigating Conservation Conflicts in an Indian Biodiversity Hotspot 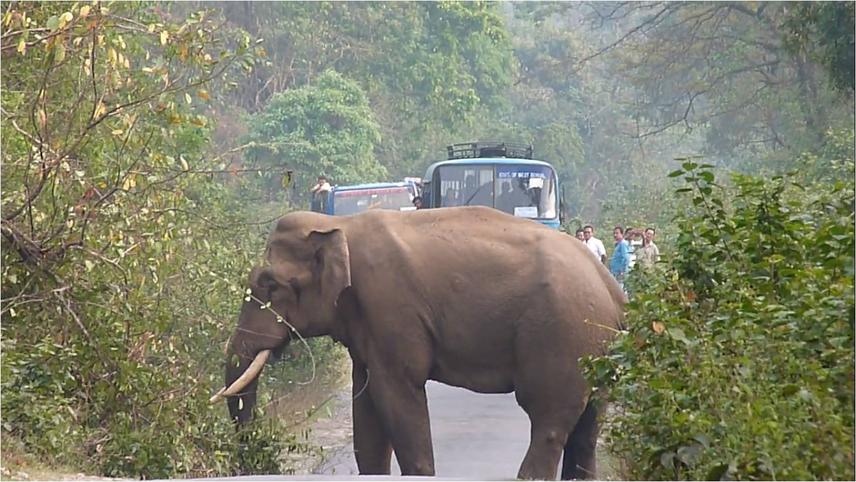 When large bodied wild animals share space with humans, there is a potential for conflict. This is especially true in a high density human landscape of northern West Bengal where elephants and leopards are involved in human casualties each year. Our previous study in the same landscape found high number of attacks on people by leopards, (558 incidences of leopard attacks on humans between 2002 and 2013). The same landscape has high number of elephant deaths as well as human fatalities due to elephants (261 people died between 2007 and 2012). The landscape, part of east-Himalayan biodiversity hotspot, is a mosaic of forests interspersed among tea gardens with high density of people and is a critical trans-boundary corridor for elephant movement and a region of high leopard use.

Previous studies have only looked at elephant space use or patterns of human-leopard conflict without investigating the circumstances of these incidences. Although preliminary discussions indicate that people are relatively tolerant of these species, this study intends to understand the reasons that lead up to the accidental encounters to identify prevention measures. This would lead to a reduced pressure of wildlife caused damages on people, often poor, and will also enable unhindered habitation and movement for wildlife using the region. Also, since the 2000 km2 landscape is an important tea-growing area with 69 tea-estates, the locals are dependent on these estates for livelihood. Wildlife is also dependent as the tea plantations provide important movement corridors for elephants and suitable habitats for leopards; hence conflict resolution is of paramount importance in the study area.

In this context, the study addresses the following objectives:

1. Assessing the extent of conflict and understanding circumstances behind direct encounters between human and wildlife (leopards and elephants) in the region to identify feasible mitigation measures.

2. Identifying conflict hotspots in the region for focusing conservation efforts.

4. Integrating all stakeholders to understand their perception of conflict and their idea of socially acceptable conflict resolution methods.