The goal of this research is to use digital three-dimension (3D) modelling technologies to develop an innovative non-invasive method for studying the three African largest felids from their tracks. 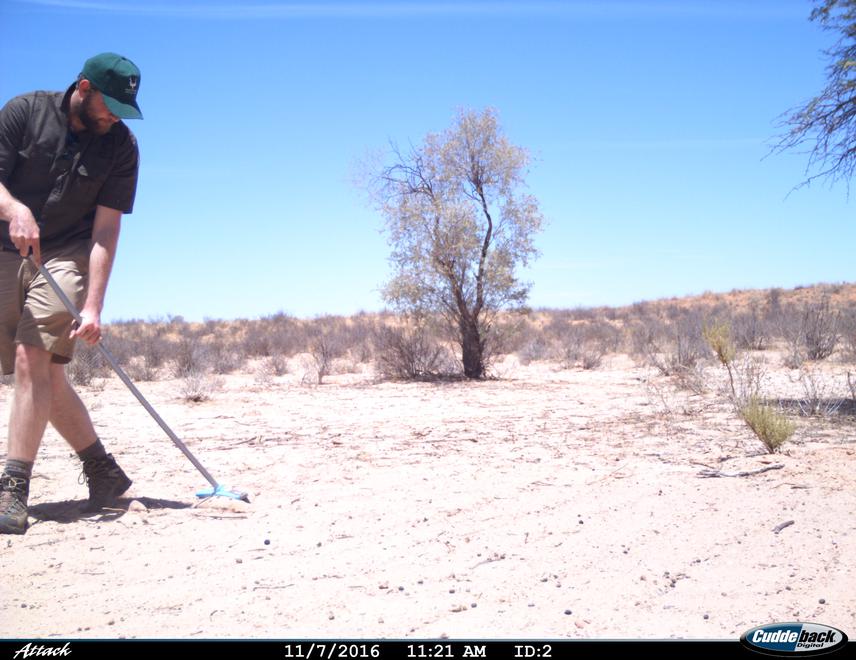 Human activities may well be the cause of a 6th biodiversity mass extinction. Ecological monitoring is of utmost importance in the context of an exponentially growing human population leading to an increased impact on the environment.

Monitoring wildlife populations provides crucial information such as status and distribution. It represents a basic requirement for any effective conservation, research and management strategies. Attaining basic information on carnivore populations can be very challenging, if not seemingly impossible, as many species are difficult to observe. However, the interaction between terrestrial mammals and the substrate they walk on is inevitable. As a result, animals leave noticeable tracks that provide key information. Traditional hunter-gatherer communities have used these tracks for millennia as an integral part of hunting. Images or drawings of tracks are often used to study wildlife populations. However, scepticism as to the reliability of these techniques persists, mainly due to a poor two-dimensions recording technique.

Advances in photogrammetry (science of measuring in photographs) enable the addition of the third dimension (3D) to the recording technique. This new approach aims at creating digital 3D models via photogrammetry of paws, tracks and trails of the three African largest felids, namely, cheetahs, leopards and lions. The reference database containing geometric and motion profiles will then be used to create identification algorithms at the species, sex, age and individual level. The development of such an innovative and affordable method will enable the continuous non-invasive monitoring of elusive felid species. This method, that can be extended to other species (including human), will have direct applications in academic fields like wildlife management, conservation biology and behavioural ecology, as well as practical issues such as human-wildlife conflict and anti-poaching.