Chytridiomycosis in the Endangered Darwin's Frogs: Developing Models for Their Conservation

To develop models of chytridiomycosis in Darwin’s frog populations, in order to inform conservation management in these endangered and singular species. 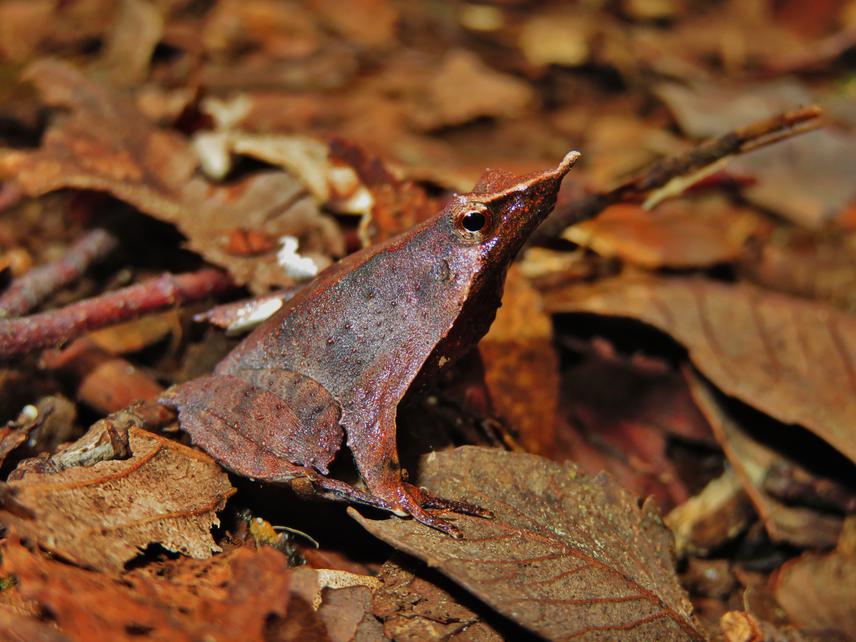 A Darwin's frog from Contulmo.

The Darwin’s frogs, Rhinoderma darwinii and R. rufum, are one of the most charismatic species of Chile, mainly due to their particular way of parental care termed “neomelia”, i.e. the male broods developing tadpoles within their vocal sac. Unfortunately, scientists have described a sudden decline and disappearance of several populations of R. darwinii, while R. rufum is possible extinct. Habitat loss is the main threat for the conservation of both Rhinoderma species; however, since some populations have disappeared or declined from wild protected areas, some additional threats such as climate change and diseases have been considered as plausible causes for the observed declines. Since 2014, we have evaluated the effects of a fungal disease, the amphibian chytridiomycosis, in nine populations of R. darwinii throughout the entire distributional range of the species. Infections were only present in the four northern populations, usually with low prevalence but high infection intensities. At these sites, we have found preliminary evidence of infection’s negative effects at the individual level, but these negative effects were unobserved at the population level.

By the present project, we will construct epidemiological and population models in the Rhinoderma genus, which will help us to understand the within-population dynamic of this disease. We will parameterize these models using capture-mark-recapture, epidemiological and movement data collected during the course of a previous Rufford Small Grant (http://www.rufford.org/projects/andrés_valenzuelasánchez) and the current grant. By doing this, we plan to inform future conservation management in these endangered species. Furthermore, we will continue and expand our close work with local communities, both in fieldwork and outreach activities. In this way, we will implement a survey designed to evaluate attitudes and believes of local people and tourists towards amphibians, in order to detect additional threats for the conservation of this group and to inform future educational activities in the area.