Main aims are to provide information on health status of Hermann’s tortoise populations in Serbia and to collect blood samples for genetic data pool which will facilitate tracking the origin of tortoises harvested for pet trade. 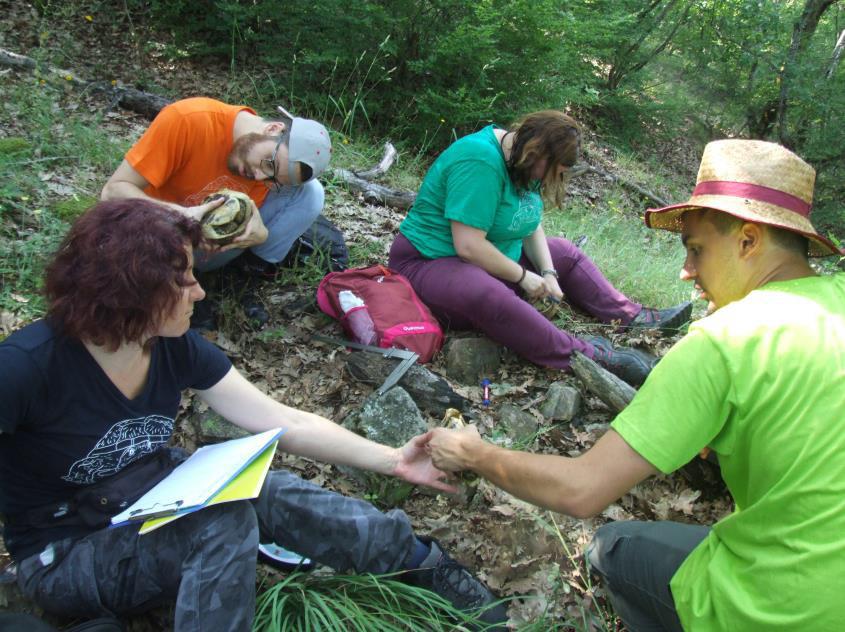 Currently most of western populations of Hermann’s tortoise are in alarmingly strong decline with very restricted distributions. Eastern populations appear to be more stable, although some show significant decline (e.g. in Greece, Romania and Bulgaria). Primary threats for Hermann’s tortoises are destruction/changes of habitats and harvesting for pet trade. Considering our experience, we presume that Serbian populations are in relatively good condition, but under compelling pressure from pet trade activities.

Hermann’s tortoise populations from the Balkans were intensively collected for the local and the international pet trade. Federal Statistical Office recorded export of 2.142 million specimens of Testudo hermanni and Testudo graeca from Former Yugoslavia within a 41 year period during the 20th century. Most of these individuals were Hermann’s tortoises. Additionally, Serbian customs service confiscated 500 individuals of Testudo hermanni in 2005 and 200 specimens in 2007 during smuggling to the countries of the European Union.

We plan to collect valuable data regarding the distribution and population status of the Hermann’s tortoise in Serbia. Our team will continue ongoing population studies on the localities from Central and Southern Serbia, and initiate long-term monitoring program of some dense populations at the rest of the Serbian distribution range of Testudo hermanni. During the fieldwork we will collect data on habitat characteristics and try to designate potential predators and major treats to the health of the populations. Finally, tortoises’ DNA samples will be collected from all study sites. This will enable the formation of a genetic data pool crucial for origin tracking of tortoises harvested for pet trade and tortoise farms.

Beside both the scientific and conservational part of the project some educational activities are also planned. Lectures about current status and conservation of Hermann’s tortoise, including presentation of our project, will be conducted at the Universities in Serbia. Additionally, suitable set of presentations will be demonstrated to local communities in order to raise public awareness. Moreover, data set gathered during this project will provide crucial information for suitable management of populations of the Hermann’s tortoise in Serbia.