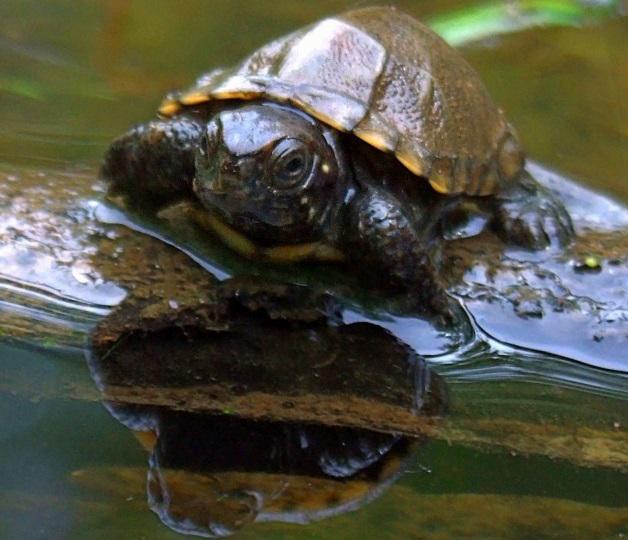 Hatchling of Emys orbicularis in a pond.

European pond turtle populations and their habitats are declining across its distribution range. Along with other anthropogenic pressures (habitat destruction, illegal collecting and deliberate killing of individuals) releasing of invasive turtle species in nature has vast negative impact on the species welfare.

This project aims to:

-collect tissue samples for DNA database, which should eventually enable returning of illegally collected individuals to their populations of origin

-approximate state of populations when possible. In dense populations long-term population studies will be initiated.

-remove invasive turtles from natural habitats when possible. Caught individuals will be housed in Belgrade ZOO

Fishermen and pet owners are key groups which affect European pond turtle. Turtles often get caught during fishing (in submerged traps and on hooks) most of the time with lethal consequences. Small adjustments in fishing techniques could largely help survival of turtles. We will spread the word about turtles and their problems in Serbia, thus helping their conservation.

If you are willing to participate in any stage of our project you are welcome to contact me.