The Return of the Jaguar: Predicting Potential Community-Wide Effects of a Formidable Predator

Large carnivores are critical to ecosystems. Besides killing prey, carnivores influence prey behaviours, with indirect effects on plants and overall biodiversity. In Iberá wetlands, human activities resulted in numerous local extinctions, but current protected status reversed this trend. Indeed, an on-going reintroduction program is about to restore the top predator: the jaguar. The return of jaguars might have large effects on the ecosystem, particularly by affecting the anti-predator behaviours of the currently most abundant prey, the capybara. Thus, our goal is to obtain reference data that should be useful to predict and understand the extent of the impacts of jaguar reintroduction in the ecosystem. To quantify and predict the potential impacts we will design field experiments where we will expose capybaras to different risk stimuli. We propose that capybaras will strongly respond to these stimuli with subsequent effects at different levels. 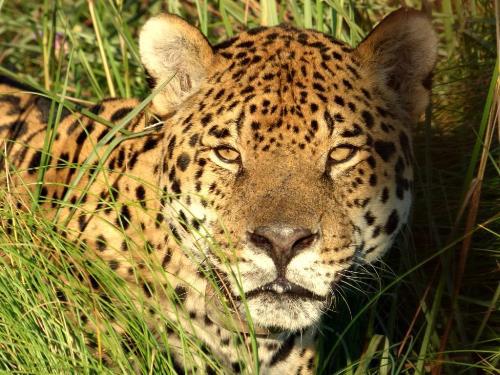 Large carnivores play critical roles in ecosystems. These roles go far beyond the simple killing of prey; carnivores could influence prey behaviours, with consequential indirect effects on plants and overall biodiversity. This concept is the basis for the "ecology of fear". The mere presence of predator can generate a "landscape of fear" affecting large herbivores and through it generates cascading effects lower trophic strata as vegetation. 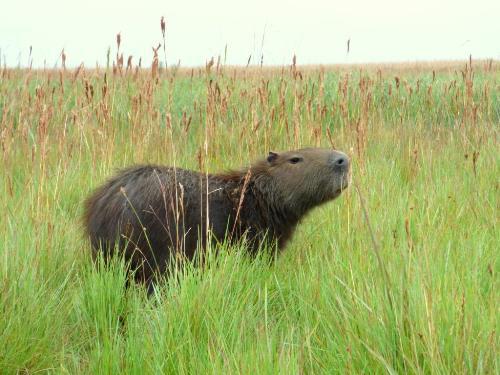 Today, much of natural ecosystems have lost their top predators. In the province of Corrientes (Argentina), productive activities and intensive exploitation of wildlife resources led to a sharp decline in wildlife populations, generating local extinctions, including predators. However, since the creation of the Iberá Reserve, a process of recovery of these species began. In 2013, The Conservation Land Trust initiated a breeding program for the largest South American carnivore: the jaguar. This program is approaching its goal, the reintroduction of jaguars to the Iberá wetland (Corrientes), a 1.3-million-ha reserve, where jaguars became extinct by the mid-20th century.

The return of the jaguar is predicted to have large effects on the Iberá ecosystem, particularly by affecting the anti-predator behaviours of the currently most abundant prey species, the capybara. Our overarching goal is to develop a baseline that will be useful to predict and understand the impacts of jaguar reintroduction in the ecosystem. Thus, data collected during this study will represent a valuable model against which future information could be compared.

We will implement a field experiment using a before-after-control design. By means of these field experiments simulating the risk of predation with visual and olfactory stimuli of the natural predator, hypotheses will be tested to assess the effects of fear on the capybara and plant communities where they feed. Behavioural variables such as monitoring and foraging budgets, patterns of daily activity and social behaviours will be analysed; also we are going to evaluate physiological variables (stress), habitat use variables (landscape of fear) and changes in vegetation structure in foraging areas.

Unlike other restoration programs involving large carnivores, we expect to generate essential information before predator reintroduction occurs. This approach will have a powerful influence not only in future restoration programs world-wide but also create knowledge regarding the ecological effects of large carnivores beyond the limited geographic sites where they have been studied.