Main focus of the project are European common spadefoot toad tadpoles, their ecology, ethology and morphology. Pelobates fuscus shares their water habitat with many other amphibian and reptile species in lowland Posavina region and those habitats are mostly under anthropogenic pressure. In order to maintain and conserve herpetofauna in Bosnia and Herzegovina one of the important goals is to keep water bodies in natural or semi-natural conditions. Quality of water will be tested and ecological parameters will be taken for every survey. Two populations will be monitored by all stages, age structure will be determined and we will continue taking morphological parameters. More locations will be checked for purpose of species distribution. During the project lectures will be held as well as workshops and educational fieldtrips. 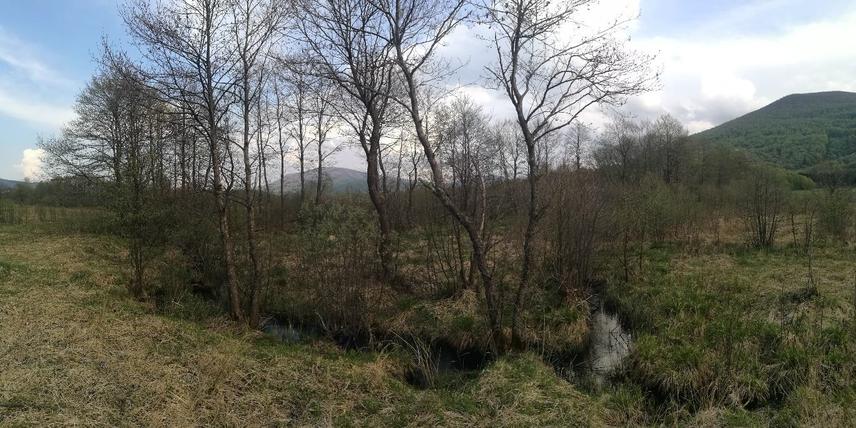 European common spadefoot toad shares its habitat with many other lowland amphibian and reptile species. Their natural habitats are being rapidly destroyed due to degradation, developing infrastructure, intensive monocultures, using pesticides and fertilizers. Although many natural habitats are lost, Pelobates fuscus has very well adapt to anthropogenic pressure. One of the key actions for maintenance and conservation of Bosnian population is to keep water bodies in natural or semi-natural conditions. After finishing the first RSG project we determined European common spadefoot toad distribution in Bosnia and Herzegovina, which occurs all along the Sava River – Posavina region. It is the southernmost border in its distribution range and these range-edge populations are usually the most vulnerable as a result of limited genetic variation caused by genetic drift, small populations and low genetic flow as well as there are usually at the edge of their natural habitat. Due to many negative direct and indirect effects there is a presumption that the range border could move further to the north, reducing the species areal.

Main aims of this projects are:

Minimum two population will be chosen for sampling in Posavina region.

Since we noticed European common spadefoot toads and their tadpoles are functioning very well in polluted water bodies we are curious about the water quality and possible influence on toads’ development.

5. Continuing with taking morphometric measurements of adult and subadult individuals.

6. Choosing new site for data loggers in order to compare ecological and biological factors of population in a different habitats.

7. Education and project promotion among high schools and Universities, local people and local government, ecologic companies, public institutions and other national institutions in Bosnia and Herzegovina.

Pelobates fuscus is listed as LC on the global IUCN Red List, DD in Croatian Red Book and DD in the Red Book of Fauna of Serbia I – Amphibians, and populations are in constant decline all around Europe. In Federation of Bosnia and Herzegovina the species is not listed on the Red List and it is on the Red List of Republic of Srpska with no relevant data or category evaluation.