Rufford Grantee Recognised for his Crucial Role in Shark, Skate and Ray Conservation in the Mediterranean 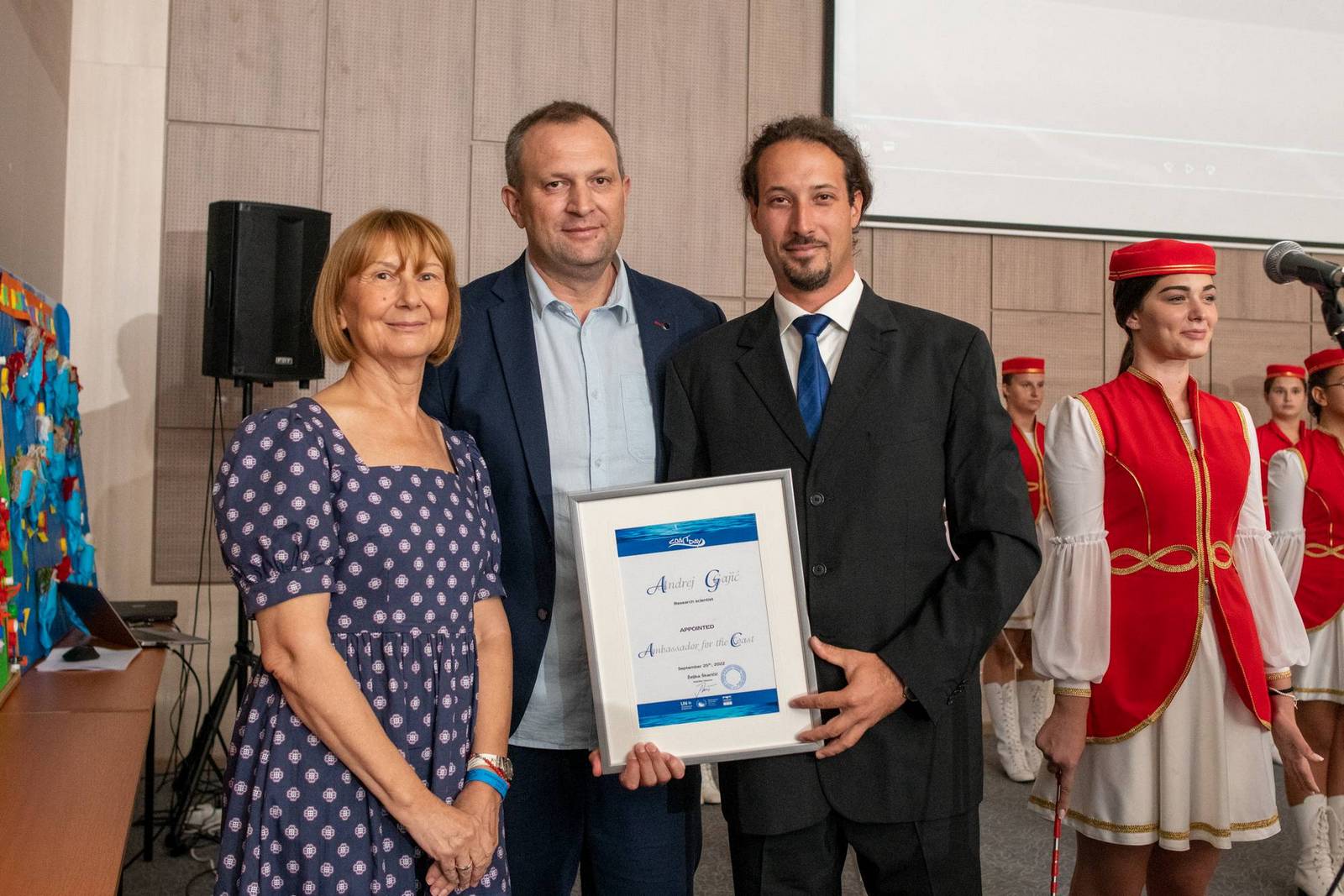 Andrej A. Gajić, ecologist, National Geographic scientist, and Rufford grantee, has received over £30,000 in grants from The Rufford Foundation to support his outstanding conservation work since 2017. Through his projects, Andrej has delivered new knowledge on more than 24 highly threatened and rare elasmobranchs (sharks, skates and rays) from the southern Adriatic and northern Ionian Sea. Furthermore, he and his team have used this information to influence key stakeholders by advocating for significant changes to the Albanian Red List and developing legal amendments for wildlife protection. This has contributed significantly to the long-term conservation of these species in the region.

We are very pleased to announce that Andrej and his team have been awarded a Rufford Small Grant Completion grant worth £15,000 to establish a centre for research, rescue, rehabilitation, and re-introduction of elasmobranchs in Vlorë, Albania. Such actions will not only help to understand these species' health status, reproduction, and key habitats, but also contribute to their effective conservation by enhancing by-catch survival rates.

But this is not Andrej’s only significant achievement, as he was recently appointed as the Honorary Ambassador for the Mediterranean Sea by the Barcelona Convention! Since this is an outstanding accomplishment, we asked Andrej to share some of his inspiring experiences through this Q&A.

What does your role as Honorary Ambassador for the Mediterranean Sea entail? As my title applies to the entire Mediterranean, it carries many responsibilities, like advocating for science-based and climate-smart conservation through the unique regional measures that might achieve successful long-term in-situ protection of threatened taxa. Furthermore, I will advocate the importance of delivering new knowledge on data-deficient species and significant improvement of Marine Protected Areas (MPAs). Through my research, I will focus on understanding the extremely rare and highly threatened elasmobranchs in the southern Adriatic Sea, their key habitats and their vulnerability. With gained knowledge, we will be able to propose better regional measures for their protection.

What do you think are the current priorities for conservation in the Mediterranean? Today, the Mediterranean Sea is a highly important biodiversity hotspot under severe threats. Ecologically relevant areas hosting key habitats, nurseries, endemic and endangered species must be recognised. A very recent study has shown that threatened elasmobranchs are being more frequently caught within protected areas than in unprotected areas pointing to severe loopholes in Mediterranean MPA establishment and governance. Thus, it is mandatory to expand the coverage of MPAs and, even more important, to focus on their effective management.

More than half of the Mediterranean’s shark species are threatened. As certain populations have fallen more than 95%, about a third of the species are being exploited to extinction. As all the Mediterranean countries are directly responsible for the current state, unique regional long-term measures and proper awareness might be key to overall conservation strategies.

Aside from sharks, we should also look beyond charismatic megafauna, as there is a significant number of less-known species that are currently on the brink of extinction. Data-deficient species are frequently neglected, creating a dangerous illusion of the current state of certain groups.

How can others help? First, I believe all of us need to (re)connect with nature; far more and far better. Ultimately, there are "little things" that each individual can do to contribute to environmental protection and to fight climate change: respect, protect, reduce (waste, meat consumption, plastic, water, energy), recycle and reuse.

We (scientists, researchers, educators and students) should prioritise the delivery of effective results above any personal desire for progress. We should honestly adopt the “eco not ego” perspective. Ego, envy, and greed often overwhelm decision-makers, stakeholders and even scientists and overshadow the real essence of their work.

Donors could give more space to locally endangered species and could create more space for bold, innovative and transformative people and their ideas.

How has The Rufford Foundation supported you in achieving your ambitions? Despite growing up hundreds of miles from the sea in a war-torn country, it was always my life's dream to work with sharks.

It was The Rufford Foundation that recognised my potential at first and supported my pioneering steps towards research and conservation in Bosnia and beyond. Throughout the past four grants, we uncovered new knowledge of rare and highly threatened species and further developed protection measures for elasmobranchs across the Adriatic Sea. Based on the research funded by Rufford, I had the opportunity to develop my career. At the same time, my ideas, results and quality of my work were noticed by the largest scientific and popular institutions of the world, such as National Geographic and Discovery.

For further information about Andrej’s Completion grant and to keep up to date on the project’s progress, visit this page of the Rufford Foundation website.