Conservation and Comparative Behavioural Ecology of the Southern Gelada (Theropithecus gelada obscurus) in and around Borena Sayint National Park, Ethiopia

Ethiopia harbours a great diversity of primates. However, extensive agricultural expansion, habitat loss and degradation, human settlement and retaliatory killing threaten many primate species in Ethiopia. Currently, many primate species in Ethiopia live in suboptimal fragmented habitats of hostile matrices and are highly vulnerable to local extinction. In addition, with the current increasing habitat loss and degradation across their geographic range, least is known on primate diversity, abundance, distribution pattern and current threat in the northwestern Ethiopia. Therefore, the aims of this project are to determine the diversity and population abundance of primates and map their distributions as well as to assess the current threats to primates in the northwestern Ethiopia. The project is crucial to ensure sustainable and long-term conservation of primates and their habitats in the region. 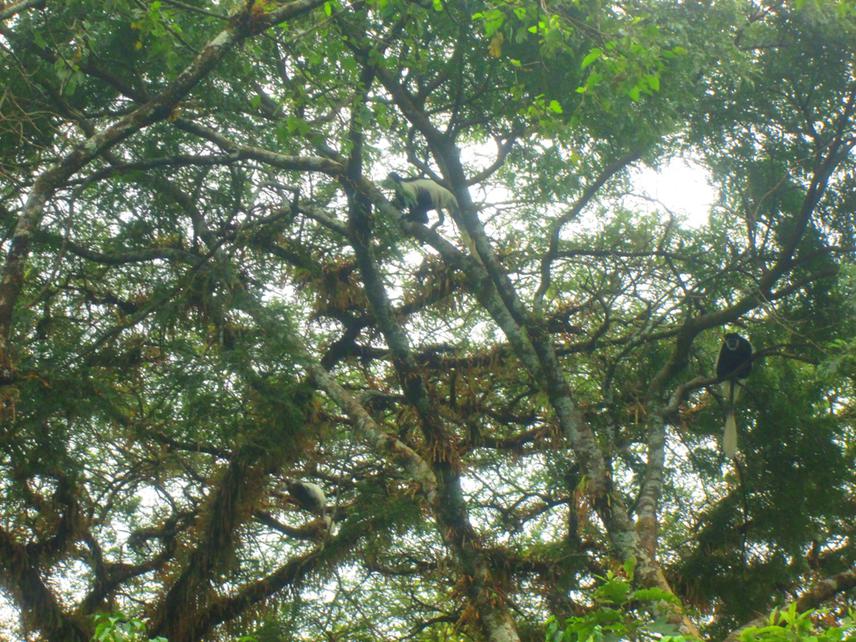 Primates in Ethiopia are vulnerable to future decline throughout their ranges due to their proximity of habitats to human settlement and farmland areas. Currently, many primate species in Ethiopia live in suboptimal fragmented habitats of hostile matrices as the result of habitat loss and degradation and are highly vulnerable to risk of local extinction. Even if many of Ethiopian primates are highly threatened, there is lack of vital information on their diversity, abundance, distribution, and their threats in many parts of the country. Specifically, little is known on primate diversity, abundance, distribution pattern and their current threats in the Awi Zone, north-western Ethiopia.

The aims of this project are to determine the diversity and population abundance and map the distribution pattern of primates as well as to assess the attitude of local farmers toward primates and the threats to their survival in the Awi Zone. Line transect method will be used to determine the population abundance, diversity and density of primates in each forest patch of the area. Each time when a primate is encountered, the species, the number of individuals and the population structure as well as the GPS location, the perpendicular distance from the transect line to the middle of the group, the name of the site, the altitude of the area, the forest type and the habitat types will be recorded to determine the abundance of primates and their distribution patterns in the region. The attitudes and perceptions of local people towards primates as well as the threats to their survival will be assessed using questionnaire interview and observation methods.

This project is crucial not only to better understand the socio-ecology of primate species and threats to their survival, but also to determine primate conservation priorities areas and devise management plans to ensure sustainable protection of the populations of primate species and their habitats in the north-western Ethiopia. It is also important to develop sense of ownership and responsibility among the local communities to protect primates and their habitats in the region. In addition, the project is important to integrate the primate diversity and distribution of the region into the Ethiopian Wildlife and Conservation Authority (EWCA) and International Union for Conservation of Nature (IUCN) databases.