Three globally threatened species of otters, smooth-coated otter, Asian small-clawed otter, and hairy-nosed otter occur along the North-central Selangor Coast (NCSC) of Peninsular Malaysia. NCSC is currently recognized as an Important Bird and Biodiversity Area for coastal migrant birds. Conservation challenges along the NCSC include infrastructure development and unsustainable land-use. There has been no systematic study to compare distribution, habitat use, resource partitioning and other factors facilitating the co-occurrence of these three species, which would help to prioritize key habitats for otter conservation at a landscape scale. With the 1st Rufford Small Grant in 2019, we developed a novel and cost-effective PCR-RFLP method to identify the three species of otters that can also be used for non-invasively obtained samples, such as spraints. I will assess the fine-scale spatial distribution and habitat requirements of these three species. We have collected data on the spatial distribution from an area of 720 km2 and collected 114 spraint samples. We will use multispecies occupancy models with several covariates to analyse this data to explore the means of coexistence of these otter species and factors affecting their occupancy in NCSC landscape. 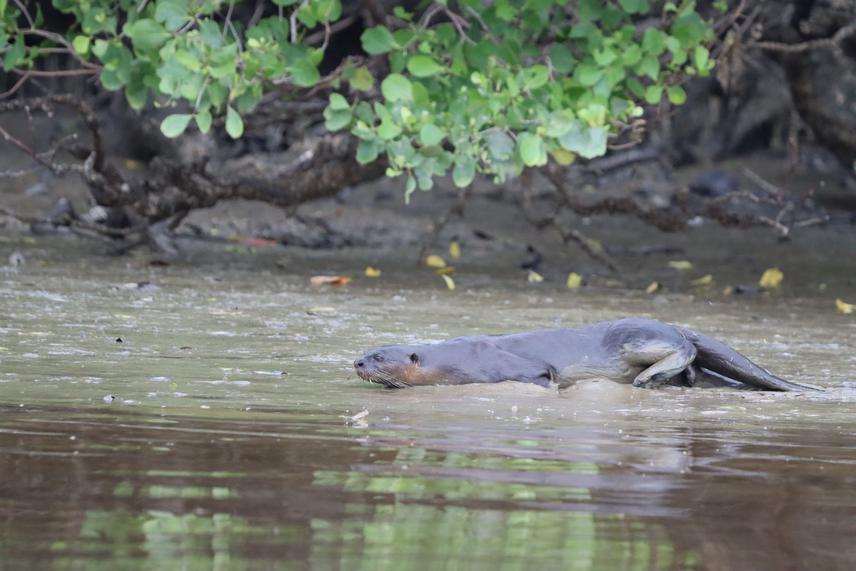 Thus far, the analysis of the spraint samples confirmed 69 smooth-coated otter samples followed by 49 Asian small-clawed otter and one hairy-nosed otter. We had spotted 32 footprint sites and a total of 23 direct observations, and all had been confirmed as the smooth-coated otter. A sociological survey of fishing communities will be conducted to document potential human-otter conflicts. These outcomes will provide important evidence for wildlife protection agencies (e.g., the Department of Wildlife and National Parks and Department of Fisheries Malaysia) and conservation organizations (e.g., the Malaysian Nature Society) to generate public support for these species, to implement restoration and protection of threatened coastal wetlands and to develop plans to mitigate human-otter conflict. A final important output is conservation outreach and the training of individuals from local communities and universities who are working as field assistants and interns.

Header: An individual smooth-coated otter cleaned its fur by rolling on the fishing net in the Sungai Kapar Kechil, Klang was photographed on 31st December 2021. © MNSWoo.