We will to assess the importance of Potamotrygon magdalenae in the structure and stability of the food webs of the Magdalena River basin, a major fluvial system draining most of the Colombian Andes. 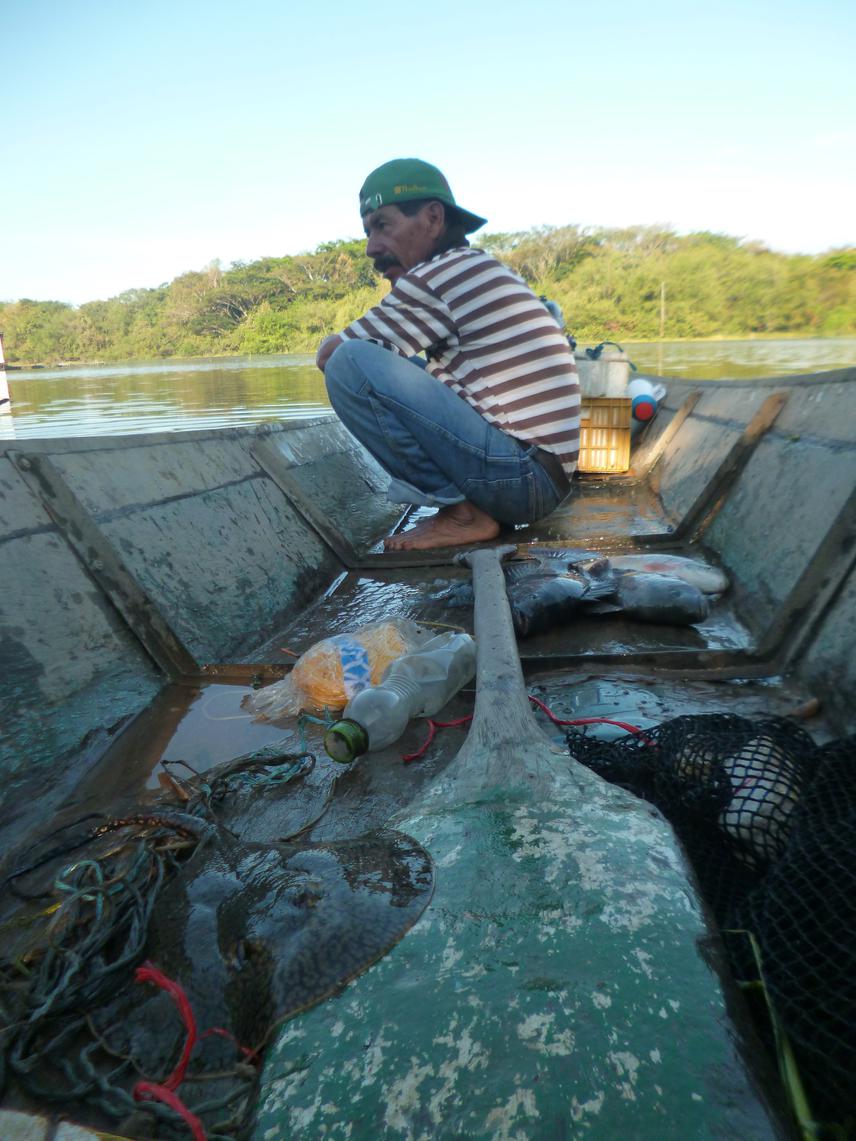 Understanding the ecological role of a species within an ecosystem depends largely on knowledge of its trophic relations. Comprehending these trophic interactions and the position of species within a food web is a crucial step in clarifying the dynamics of aquatic communities and the impacts that the species have on trophic network compartments. The effects of changes within a food web may propagate intensely through the system, resulting in changes in the abundance and web connectivity of other species. The fishery exploitation in marine and freshwater ecosystems has been identified as one of the anthropogenic effects of higher contribution to the modification of structural and functional properties of food webs. Such effects have been recorded in both ecosystems, generating consequences for the stability and permanence of networks, and also for the ecosystem services.

This research aims to establish the trophic relationships and evaluate the ecological role of the freshwater stingray Potamotrygon magdalenae in the Magdalena river basin, the most productive continental fishing areas of Colombia; through isotopic analysis, fatty acids and topological index. Thereby, based on energy sources, the relative contribution of preys, the breadth and trophic niche overlap, we will establish how redundant is the trophic function of P. magdalenae and therefore, assess the importance of this species in the structure and stability of the food web and to predict the effects of its removal as a fishery resource. Thus, by using new tools (isotopic analysis, fatty acids and topological index) in an ecosystem approach, we will determine whether P. magdalenae is a key species in the ecosystem, helping us to suggest management scenarios based on the species uses and avoiding the reduction of biodiversity in this important ecosystem of Colombia. Being P. Magdalenae an endemic species in Colombia and its distribution range is restricted to the Magdalena river basin, this river becomes an essential ecosystem for the sustainability of this species.