This project will assess at the distribution and conservation status of two threatened otter species, smooth-coated (Lutrogale perspicillata) and Eurasian (Lutra lutra) in and around the Balaghat Forest Division of Madhya Pradesh in Central India. This landscape consists of dense forests interspersed with human settlements and crops. The distribution and habitat use of both species will be evaluated using sign surveys and camera trap sampling along rivers and other water bodies. Using household surveys, human-otter interactions and attitudes towards otters will be analysed and mapped across the study area. These two datasets will be combined to better understand otter conservation status, threats, habitat requirements, species overlap, human-otter conflict, and priority areas for conservation. The results will be shared and discussed with various stakeholders (forest department, NGOs, otter experts) to develop an otter management plan for the region. 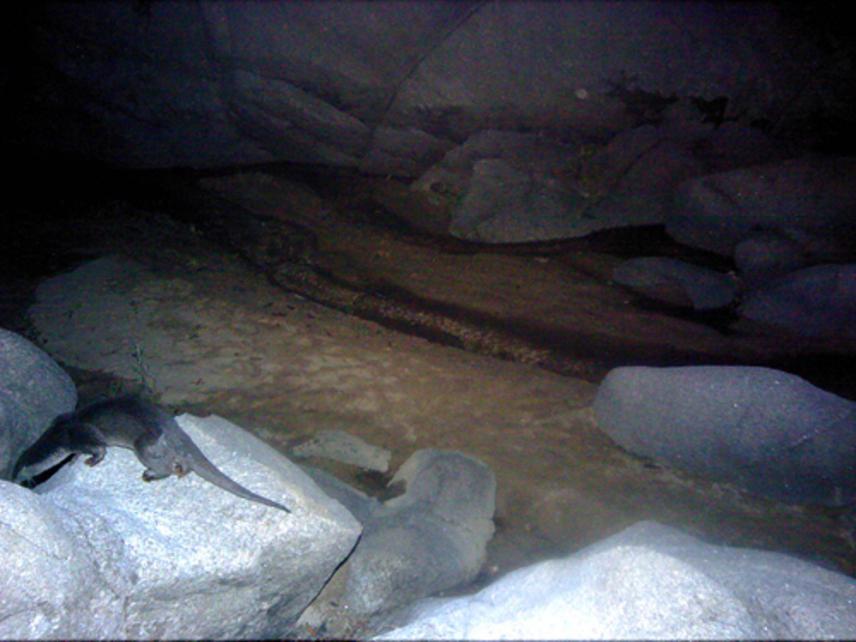 In India, smooth-coated (Lutrogale perspicillata; IUCN Status: Vulnerable) and Eurasian otters (Lutra lutra; IUCN Status: Near Threatened) face an extremely uncertain future, with a high risk of local extinction outside protected areas (PAs). Their populations are threatened due to habitat loss, modification, and fragmentation, as well as hunting, poaching, and conflict with humans.

The two species are protected under the Wildlife Protection Act (1972) under Schedule II, conferring absolute protection and the highest penalties. However, they lack the attention given by governance to more charismatic mammals like tigers, elephants, lions, and rhinos, and enforcement is virtually absent. Illegal hunting and poaching of otters are thought to have declined, but has not completely disappeared. Currently, India does not have a national otter monitoring program, making it difficult to capture population trends. There is also no quantifiable information about the effect of various human activities (infrastructure, fishing, etc.) on otter habitat-use. Interactions between otters and people, particularly fishermen, remain poorly documented. Public awareness about otters in India is considerably low, with most people unable to even identify them. Under these circumstances, otters outside PAs require more conservation attention.

In Madhya Pradesh (Central India), Eurasian otters were considered to be extinct, but were recently rediscovered in multiple locations. Smooth-coated otters are also known to be present in Madhya Pradesh but remain poorly studied outside of Chambal Wildlife Sanctuary. Currently, nothing is known about the status or viability of these species outside PAs in Central India. This project is designed to fill these key knowledge gaps and contribute to otter conservation in human-modified landscapes.

The project will be conducted in the Balaghat Forest Division of Madhya Pradesh, adjacent to Kanha National Park. This hilly landscape consists of dense forests interspersed with human settlements and croplands. Sign surveys and camera trap surveys will be used to assess the distribution of smooth-coated and Eurasian otters across the study area. Household surveys will be used to map human-otter interactions and better understand local attitudes towards otters. The effect of various environmental and anthropogenic factors on otter occurrence will be determined using occupancy models. These datasets will be used to determine threats, local conservation status, species overlap, priority habitats, and potential interventions. The findings from our surveys will be shared and discussed with various stakeholders (forest department, NGOs, otter experts) to develop an otter management plan for the region.