Current Status of Crocodylus acutus Populations and their Anthropogenic Interaction in the Sarstún River Multiple Use Area, Izabal, Guatemala

The purpose of the project is to monitor for the first time the Crocodylus acutus wild populations in the Sarstún River Multiple Use Area, Izabal to evaluate the species status, anthropogenic impacts and explore the local communities’ perception on C. acutus. The expected results are: i) a diagnosis of knowledge, perception and harness practices of the species, and ii) a management plan for improving crocodilians recovery and conservation involving local stakeholders. As a result, decision-making on conservation of C. acutus is expected to be properly informed. 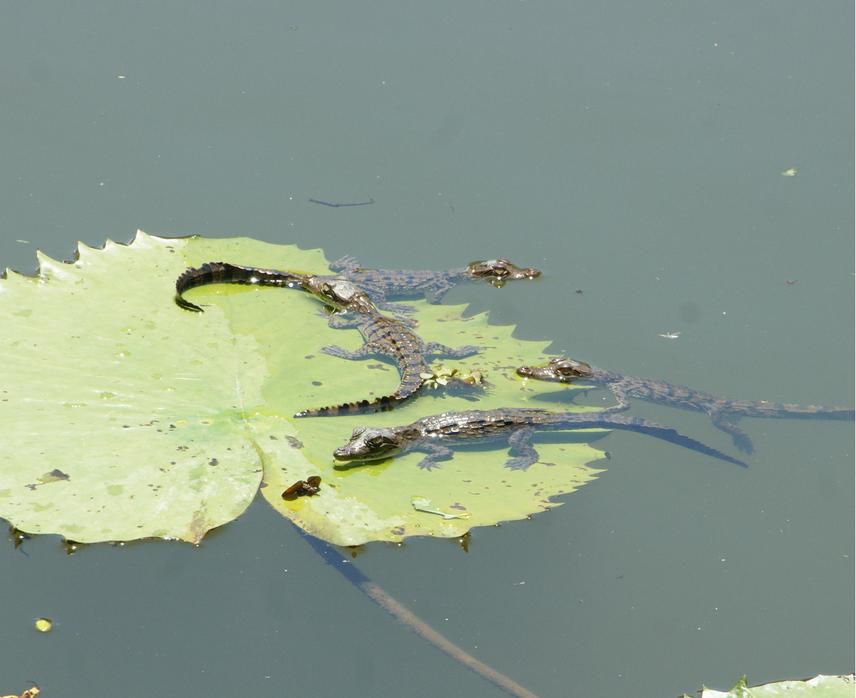 The American crocodile (Crocodylus acutus) is listed as Vulnerable in the IUCN Red List, in Appendix I in CITES and Category II on the List of Threat Species of Consejo Nacional de Áreas Protegidas (CONAP) that includes “endangered species” due to habitat loss, illegal trade and small wild populations with limited distribution. The lack of information restricts the knowledge status of the C. acutus populations, and the implementation of a sustainable management plan for the species.

Among the studies developed with crocodiles in Guatemala, Castañeda (1998) estimated large populations of C. moreletii individuals along the San Pedro and Sacluc rivers; then, Castañeda, Lara and Queral-Regil (2000) reported small population of the same species in El Burro lagoon while large proportion of adult crocodiles were found in the El Tintal Lagoon, El Petén; both studies concluded that a management plan is needed to ensure the C. moreletii conservation in the country. Finally, Corado-García et al. (2020), reported large population of crocodiles in rivers than lagoons in El Petén in 2013. However, the encounter rate (ER) of C. moreletii in Guatemala is low in comparison to Mexico’s and Belize ́s ER, probably as a consequence of strong anthropogenic threats. Therefore, annual monitoring of wild populations is recommended, as well as an environmental education program with local communities, to promote the conservation of the species from the correct coexistence between crocodiles and humans.

This project aims to generate the first baseline population census of C. acutus in Sarstún River, Izabal, a diagnosis on the knowledge and perception of the local communities toward the crocodiles in the selected area and develop a conservation management plan focused on this species; by promoting a local community educational outreach that builds pro-conservation attitudes and achieve a safe interaction (human-crocodile) and the possible sustainable use of the American crocodile in Guatemala.