This project aims to determine temperature thresholds that precipitate heat stress in Indian flying foxes (Pteropus medius) at the roost level. This project will explore how the presence and distance of different landscape variables influences heat stress.

We will also see how weather patterns impact the thermoregulatory behaviours of Indian flying foxes. At the end, Habitat Suitability Models for other roosting sites will be generated by using these studied variables. Lastly, we will conduct interviews of the local population to identify historic die offs and dietary ecology of Indian flying foxes in Pakistan. 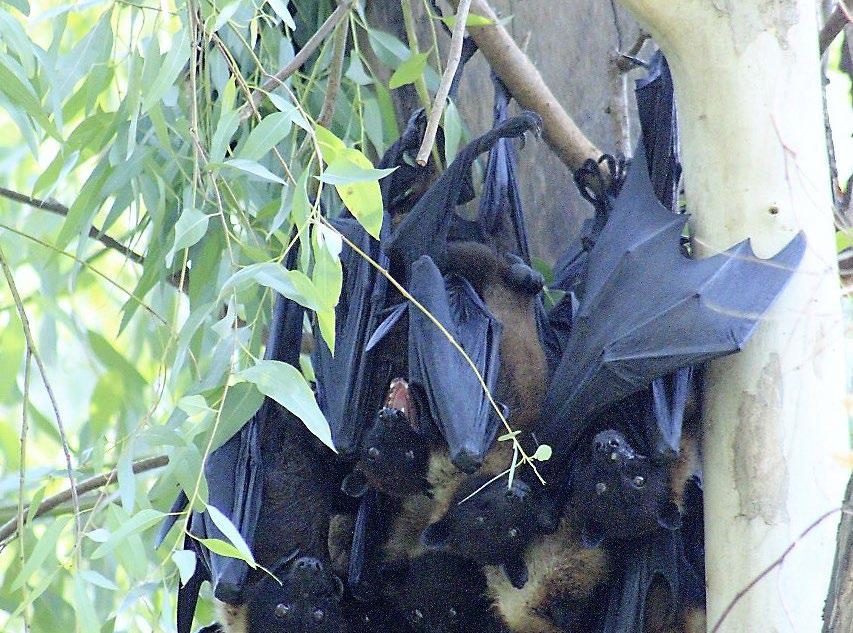 There is a well-established relationship between climate change and the intensity and frequency of extreme heat events. It creates wildlife conservation challenges, especially for flying foxes, large fruit-eating bats in the genus Pteropus and related genera, due to their open-roosting behaviour and lower thermodynamic tolerance. Extreme heat events had resulted in mass die offs of flying foxes in many parts of the world. Notably, a heat wave on January 04, 2014 claimed 45,500 flying-foxes’ lives when the temperature passed a threshold of 42℃ in Australia.

The Indian flying fox (Pteropus medius) population is declining throughout its geographic range. Moreover, extreme heat events and local extinction of flying foxes in the southern region of Pakistan seem to be related. Pakistan is the fifth-most severely affected country by climate change worldwide, with over 150 extreme weather events in the last decade. These extreme heat events have claimed the lives of hundreds of people and domestic animals, and they are expected to increase and become widespread in the central and northern region of Pakistan. Therefore, predicting potential places and times of elevated risk of heat-related die-offs for wildlife, especially flying foxes, is of great conservation value, by allowing timely mitigation plans in Pakistan.

Understanding the effect of landscape variables, weather patterns and availability of nutritional resources that might buffer the effects of extreme heat events on flying-foxes’ thermoregulation has the potential to inform timely mitigation strategies in both the short and long term. We will generate habitat suitability and heat stress models for other Pteropus medius roost sites by using these study variables.

Flying foxes can also be studied as a good bioindicator of heat stress for other wildlife that are more cryptic or occur in smaller in numbers, due to their lower thermodynamic tolerance and a well-defined thermoregulatory behaviour. The generated database will provide one of the first and long-term roosts temperature and thermoregulatory behaviour data which can be used for short- or long-term conservation action on identified heat stressed, vulnerable roosts in Pakistan.