The musk deer is an “Endangered” species, protected by the Government of Nepal because of decreasing population trends in Nepal. This project aims to investigate how local people are affecting this species and to develop people's attitudes towards musk deer conservation. To fulfill its goal, the current project will use camera traps and build up community networks. The people-based conservation work will help mitigate poaching of musk deer in these remote areas in western Nepal. Project outcomes will be disseminated via scientific papers, newspaper articles, and social media which would be helpful for further conservation actions in Nepal. 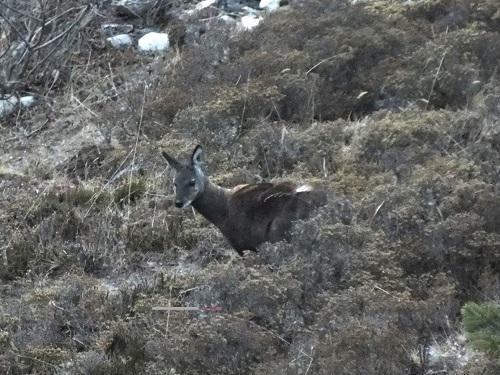 The Alpine musk deer is one of the indicator species of the alpine ecosystem and is listed as an Appendix I of CITES and Endangered in the IUCN Red List. This species is protected by the Government of Nepal because of the declining population trend in Nepal. The population of the species has been declining throughout its distribution range scattered over fragmented landscapes. The major reasons for its decline are poaching, habitat destruction by human activities, and livestock grazing pressure, which suggests the importance of conservation of the species in the region.

The transhumance practice is also a major threat in the KNP area contributing to heavy resource partitioning with livestock. The people in the Himalaya regions are mostly dependent on hotel and restaurant businesses, agriculture, and livestock for their livelihood leading to an increase in deforestation and overgrazing of habitat in the musk deer’s range. In some geographic areas, the feral dog is becoming a noticeable threat to the species. In the KNP, anthropogenic pressure has created prominent threats to the dwindling wildlife population including the musk deer. Because of the remoteness and geographical features of this part of the country, there are lacking public awareness programmes concerning wildlife conservation.

The overall aim of the project is to assess the species activity pattern, human intervention, conservation threats, and build up the people-based network for sustainably saving the species. The project will also produce conservation outreach materials and distributed to the local communities and school students. In addition, the conservation classes will be conducted throughout the adjacent villages and the school of the park. Furthermore, this project provides basic training to the local people about prerequisites needed for homestay business to promote musk deer-based ecotourism in the Khaptad National Park, Nepal.