Investigating the Potential Presence of Balkan Lynx in Bosnia And Herzegovina

- Possible confirmation of presence of lynx;
- Determine the size of the lynx territory;
- Discovering of its abundance in research area;
- Collection of lynx hair samples for genetic analysis;
- Establish cooperation and arrange monitoring in Montenegro (neighbouring country). 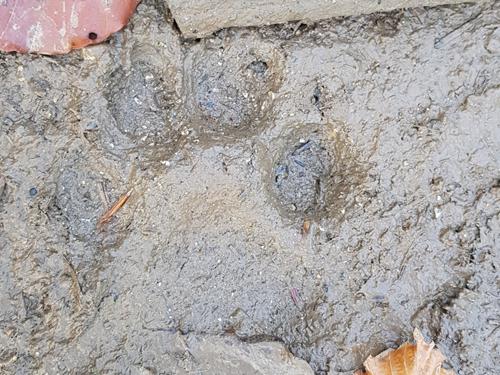 The last Balkan lynx (Lynx lynx balcanicus Bureš, 1941) in Bosnia and Herzegovina (B&H) was documented in 1911 and since then has been listed as an extinct species. The rest of this Eurasian subpopulation survived in isolated and relatively small parts of the North Macedonia, Kosovo, Albania and probably Montenegro. With an estimation of les then 50 adult individuals, the Critically Endangered Balkan lynx is one of the rarest, most threatened and least-studied large carnivores. The stories about the presence of the Balkan lynx in B&H have been present for several recent years. But the paper published by a group of authors (Melovski et al., 2018) in which the topic of research was to identify conservation priorities for the Balkan lynx in North Macedonia, Albania, Kosovo and Montenegro, points to the possible presence of Balkan lynx in the northwest of Montenegro. One of the areas described there is close approximately 50 km to the border with B&H where National Park “Sutjeska” is located. At the same time two observations emerged about the presence of lynx in the NP “Sutjeska”at the southeast of B&H. The last official finding of Balkan lynx on Zelengora mountain (today part of NP „Sutjeska“) was recorded in 1893.

The present presence of lynx has been confirmed in central, southern and southwest parts of B&H. It is the Carpathian Lynx (Lynx lynx carpathicus) that was self-introduced in the 1980s from Slovenia through Croatia in B&H.

So there are two theses: the Carpathian lynx spreads to the southeast of B&H and to Montenegro or the Balkan lynx is spreading northwest across Montenegro to B&H. Confirmation of any theses makes a great discovery, and this will have to change the regime of protection, management and monitoring of these two populations.

The main objectives of this project are to: establish the presence (permanently or occasionally) of the lynx; determine the size of the lynx territory; discovering its abundance in research area and collection of the lynx hair samples for genetic analysis. In order to achieve these goals the field research (survey with local population, search for traces and marking sites, setting photo traps and hair traps) will be conducted in the area of Sutjeska National Park, on a territory of 257 km².