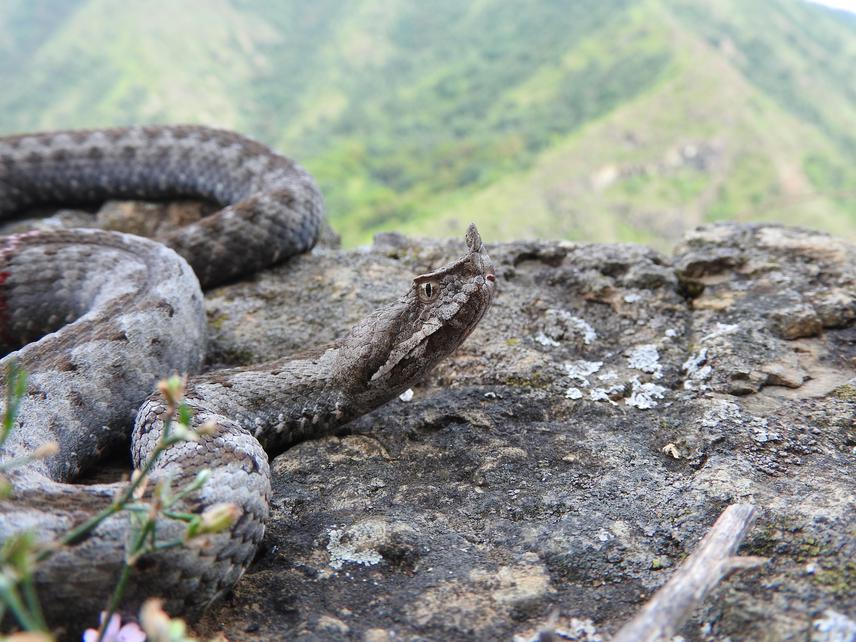 Nose-horned vipers are listed in the IUCN Red List in the Least Concern category, Appendix II of the Bern Convention, Annex IV of the EU Habitats Directive, and according to Serbian national law it is in category of protected species. Main findings of the first Rufford project include illegal harvesting in Krupanj surroundings for the venom supply, pollution with human waste, habitat fragmentation and deliberate killing at every locality. Main objectives of this project are:

Continuation of population monitoring in order to draw population trends and assess the status of this species in Serbia. Besides our previous collection of demographic and morphological data we are also going to include two additional analyses focused on parasite loads and behaviour with population dynamics (by camera trap) , which are all is very important for this understudied species and thus will be integrated into conservation strategy.

Continuation of creating better understanding of nose-horned vipers and snakes in general and help in changing the social perception of this rarely aggressive species through education activities. We will reconnect with the local inhabitants at our previous locations and also engage in direct interaction with inhabitants at the new locations, where we will explain the significance of conservation of the nose-horned viper and the possibility of venom extraction in the field and we will give lectures at every interested school and mountaineer societies from Krupanj, Kraljevo, Niš, and Bor. We will also create an amateur educational video which will be used in our lectures.