Main aim of this project is to establish foundation for continuous population monitoring, to collect basic population data, to evaluate quality of habitat and to evaluate people attitude toward nose-horned viper. Very important action is education of local community in order to change public prospective about this species and raise awareness on its significance both for pest regulation and for pharmacy and medicine.

Nose-horned viper is listed in the IUCN Red List, Appendix II of Bern Convention, and Annex IV of EU Habitats Directive. Apart from predatory role in trophical web this viper is also important as a source of specific biochemical compounds valuable in pharmacy and medicine. However, this species has been locally and globally threatened by over-collection for venom extraction. In order to propose adequate conservation measures and monitoring plans it is necessary to conduct field research and implement analyses of nose-horned viper ecology. 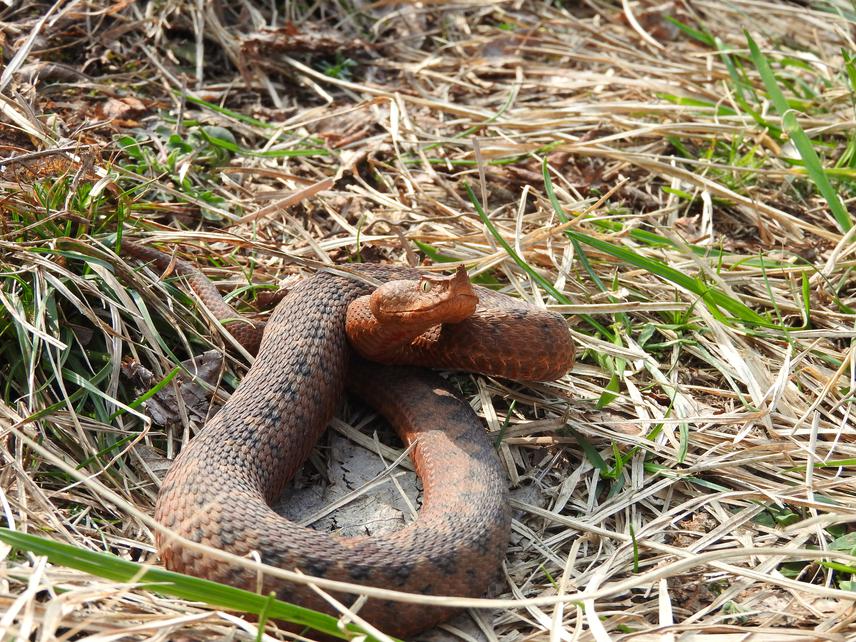 Main aim of this project is to establish foundation for continuous population monitoring, to collect basic population data, to evaluate quality of habitat, to evaluate people attitude toward nose-horned viper and to educate local community in order to change public prospective about this species and raise awareness on its significance both for pest regulation and for pharmacy and medicine. Project will be sited in “Djerdap” National Park, Special Nature Reserve “Jelašnička Gorge”, the Ibar river canyon near Kraljevo, in surroundings of Bosilegrad, in the area of Svilajnac, and near Krupanj. During the field work basic morphological measurements will be taken, spatial location microhabitat preference and behaviour.

Very important outcome is changing the social perception of people about snakes and breaking the prejudices. Main threats for this species are over- collecting, illegal collecting and killing so spreading the information on its importance will be crucial. During the field work, local communities in villages surrounding Donji Milanovac, Niš, Kraljevo, Bosilegrad, Svilajnac and Krupanj will be interviewed in order to get precise insight into public opinion about nose-horned viper. Brochures containing photos of non-venomous and venomous snake species in Serbia will be distributed. Leaflets containing instructions on proper reaction in case of venomous snake bite, rules how to behave in nature and information about importance of nose-horned viper will be printed and distributed among local community, children in schools and students of biology and ecology. Lectures will be organized in local schools where the field work is conducted. We will educate local farmers and rangers in protected areas about significance of the nose-horned viper in nature. We will point out the option of venom extraction in the field instead of collecting animals from nature for that purpose. We will envisage the fact that the venom’s quality depends on food diversity, meaning that it is better to leave the vipers in nature instead of keeping them in terraria.