The project titled “A comparative study on natural resources management by local communities in two main edible mushroom harvesting localities in the Republic of Congo” is building on the results of our field work from the 1st Rufford Small Grant in Sibiti and its surroundings (Lekoumou Department) as well as during the market surveys in Brazzaville. According to the results, two localities have been identified as main harvesting zones for wild edible mushrooms in Congo namely Sibiti and its surroundings (Lekoumou Department) and Ile Mbamou. In Lekoumou Department (Tala and Ingolo 2 villages) where the edible rhizomorphs (filamentous underground part of fungi) are harvested, results indicated that villagers put in place a local management system where special zones of the forest are owned by a given family or individual. 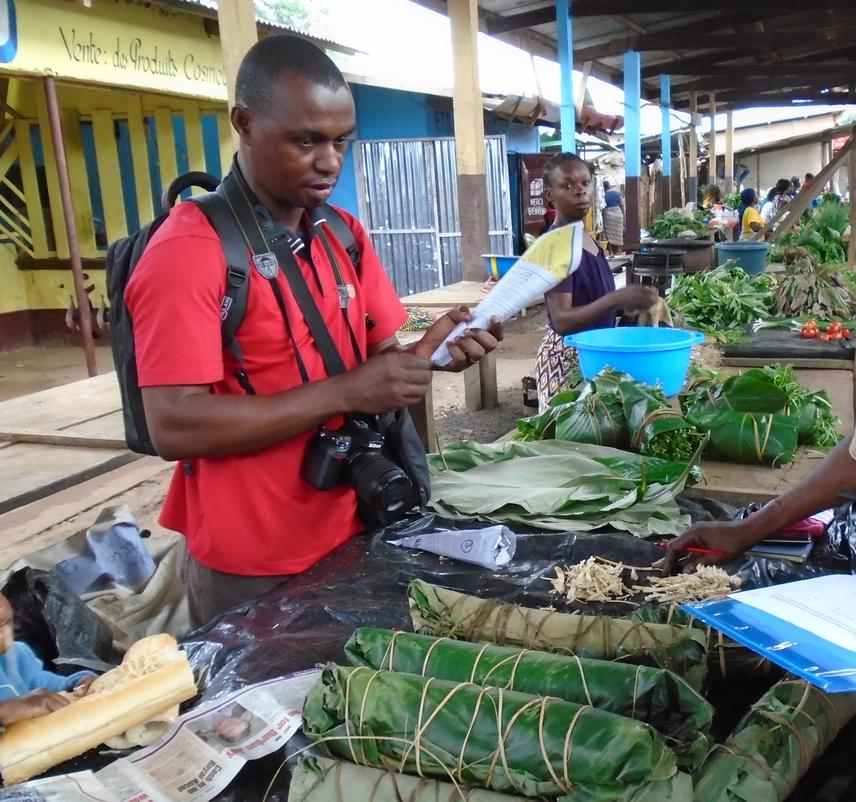 In addition, it was also reported that those rhizomorphs develop fruiting bodies which are also are subject to important trade. However, we could not be taken to those zones nor follow the transition between the rhizomorphic form and the fruiting bodies during the first Rufford project due to the project’s objectives and the amount of time spent in the locality. In the Ile Mbamou locality, market surveys in Brazzaville showed that huge part of wild edible mushrooms sold in Brazzaville come from that Island.

The chosen localities represent the two ideal areas where edible mushrooms are harvested in huge quantities to study the implication of local communities in the management of natural resources. In those localities, local communities mentioned having a management system in which some families have particular areas of the forest where only them can harvest mushrooms while in other places, the same areas are frequented by any member of the community.

Thus, this project aims at (1) understanding how the two management systems work in Lekoumou Department and Ile Mbamou and (2) how much benefit each system provides to local community.