Bycatch, or entanglement in fishing gears, is one of the main threats to small cetaceans worldwide. Matang, Perak is one of Peninsular Malaysia's most intensively fished fishing grounds. Based on bycatch risk assessments and interviews with local fishers in Matang, Indo-Pacific humpback dolphins (Sousa chinensis) and Irrawaddy dolphins (Orcaella brevirostris) are known to be entangled in gillnets, whereas Indo-Pacific finless porpoises (Neophocaena phocaenoides) are mostly entangled in trawl nets in the coastal waters of Matang.

While marine mammals in Malaysia are afforded species protection, bycatch of marine mammals continue to occur due to the spatial overlap of their core areas with fishing grounds, and the entangled animals are mostly discarded at sea by fishers to avoid legal repercussions. It is thus of great urgency to determine bycatch mitigation methods that would work well for small cetaceans in Malaysia, and to be widely adopted by fishers. 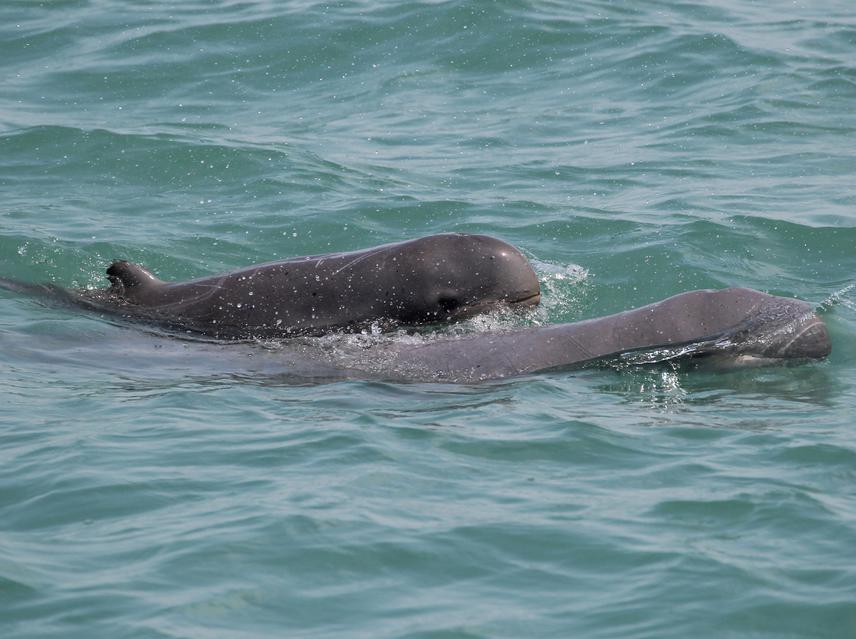 The project aims to develop and trial bycatch mitigation strategies that are effective for Indo-Pacific humpback dolphins, Irrawaddy dolphins, and Indo-Pacific finless porpoises, while not greatly affecting fishers’ target catch. The fishing gears targeted for bycatch mitigation trials are gillnets and trawls, which are widely used in our proposed field site, in Malaysia and also the Southeast Asia region, and have been reported to cause entanglements.

By involving fishers in Matang to test the use of acoustic pingers in gillnets and develop a bycatch reduction device (BRD) for trawls, and getting fishers' feedback, the specifications will be fine-tuned for optimum performance. The effectiveness will be monitored through boat-based behavioural observations, passive acoustics, and catch composition study to determine if habituation by cetaceans occurs, and if fishers’ target catches are affected.

In order to be widely adopted by fishers nationwide, the bycatch mitigation methods proposed have to fulfill four criteria: 1) effective at reducing bycatch; 2) low-cost; 3) easy to deploy; 4) does not greatly affect fishers' target catch. We want to work with fishers to conduct bycatch mitigation trials to identify and create win-win solutions for both fishers and cetaceans.

Identification of bycatch mitigation methods that work for the three small cetacean species in Matang may be scaled up for nationwide adoption in Malaysia and further expanded to neighbouring countries in Southeast Asia with similar cetacean species and fisheries. Such efforts can help improve the survival of threatened and endangered marine mammal populations in our country and the wider region.