Ecology and Conservation of Coastal Dolphins in Namibia

This project will collect novel, baseline ecological data on the abundance, habitat and distribution of Heaviside’s and bottlenose dolphins in Walvis Bay, Namibia, an area where neither species has been studied in detail previously. 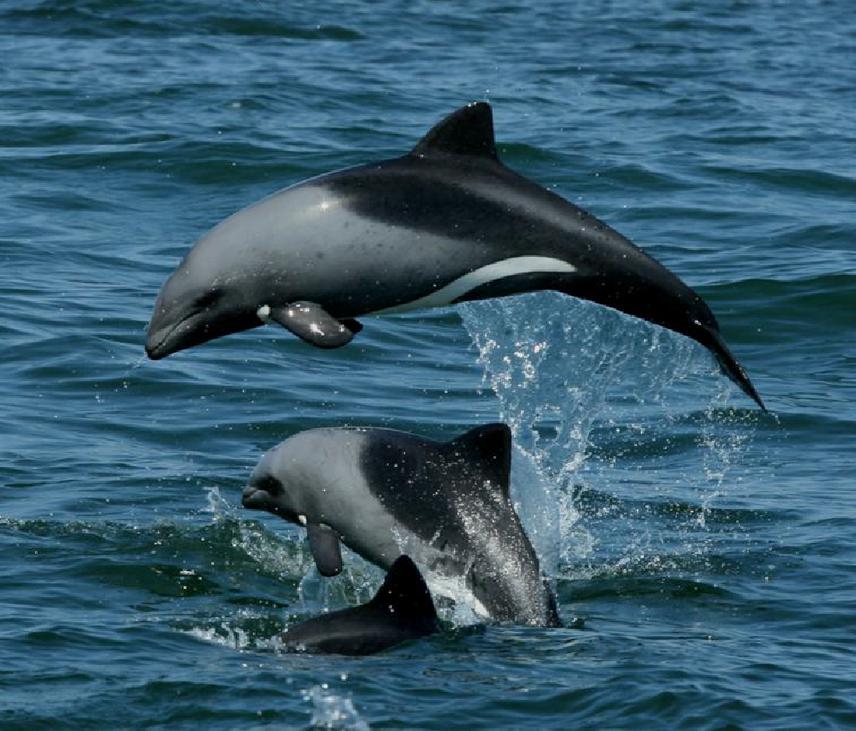 Very little data exist on the ecology of the three species of dolphins found in Namibian coastal waters (Heaviside’s, dusky and bottlenose), despite potentially significant anthropogenic threats in the environment, including bycatch, pollution, prey depletion by fisheries and uncontrolled eco-tourism. Of chief concern is the Heaviside’s dolphin which has a limited range and is endemic to the Benguela current region (IUCN Red Data List: Data deficient).

Baseline data on the abundance, movements, habitat choice and distribution are urgently needed for all the coastal delphinid species of Namibia to allow for evaluation of the conservation status of these populations. Walvis Bay has been chosen as the site of the initial study as it is the largest area of human coastal habitation in Namibia, and thus the area where human threats to the dolphin populations are likely to the highest.

The aims of the project are:

1) To generate an abundance estimate of (i) Heaviside's and (ii) bottlenose dolphins in the Walvis Bay area using photographic mark-recapture techniques.

2) To describe key habitats used by (i) Heaviside's (ii) bottlenose and (iii) dusky dolphins within the near shore environment in the Walvis Bay region as related to animal behaviour (feeding, resting etc) and human impacts in the environment.

3) To build local research capacity by involving local scientists, conservators and students as far as possible and providing them with basic training in the field and analytical techniques required for effective cetacean surveys and photo-ID and stranded animal data collection.

This study will add significantly the body of knowledge on Heaviside’s dolphins as a species and have relevance to their conservation at both a local and population level. The data produced will be directly fed back to managers and role players to allow for informed decision making to increase protective measures where necessary.