Deep knowledge on the species habitat and landscape-use patterns is urgently needed to reduce the effects of fragmentation, and ensure its long-term conservation. 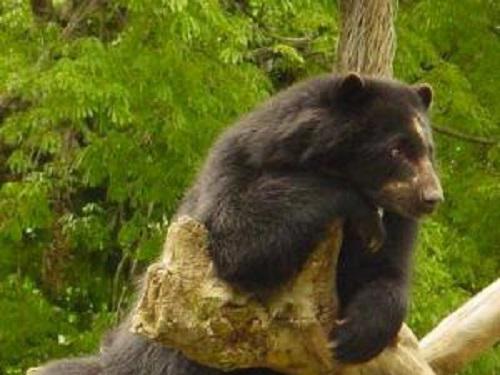 The Andean bear (Tremarctos ornatus) is the only bear species that inhabits South America, and it is distributed across the Andes mountain range from Venezuela to Bolivia. It is considered “Vulnerable” to extinction due to hunting and habitat destruction. But fragmentation is an imminent and more important problem, especially in Sierra de Portuguesa (North-east end of the Andes mountain range), were Venezuela’s smallest Andean bear population is found restricted to forested mountain tops that are continuously threatened by agricultural expansion. Only three National parks have been established, and they are partially isolated from each other. 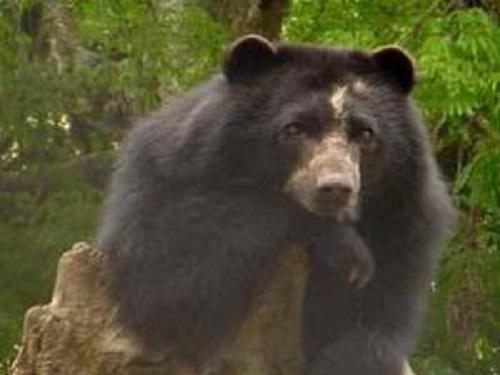 This project was designed to fulfil this lack of information, generating a habitat and landscape-use model, through the combination of bear-sign censuses, landscape ecology and GIS databases. The ultimate goal is to establish guidelines for the development of management strategy, focused on reducing the effects of fragmentation.

As first step, during October and December 2003, 17 excursions were conducted on areas known to be part of the species distribution in Sierra de Portuguesa. A total of 393 bear-signs (315 feeding signs, 27 claw-marked trees, 25 tracks, 10 rubbing trees, 7 bitten roots, 6 faeces, 2 sightings, 1 tree nest) were found across 32.9Km surveyed, and a detail distribution of the species was established.

From May to July 2004, a pilot study was carried out as Second phase of the project, to standardize sampling methods, and train field assistants on data collection. The only remnant primary forest linking two of Sierra de Portuguesa’s National Parks (Terepaima and Yacambú) was selected as study site, given the need of information on the species’ use to reinforce an on-going project targeting the legal protection of this area. A total of 322 bear-signs where found during field-work (274 Feeding signs, 28 claw-marked trees, 16 tracks, 3 bitten roots and 1 pruning). 245 feeding records corresponded to the Aracaceae Family and 29 to the Bromeliaceae Family.

From January, a vegetation map is being developed using remote-sensing imagery, GIS and ground control points. During June 2005 and April 2006, bear-sign censuses will be performed across Sierra de Portuguesa, as the Third phase of the project, together with interviews to local people to establish interaction and knowledge related to the species.

This project is developed as a Doctorate Thesis of the Wildlife Research Group, University of Cambridge, UK. It is part of the Andes Program of Fundación para la Defensa de Naturaleza (FUDENA) and the Andean Bear Project of Fundación Andígena. It is supported by the Universidad Simón Bolívar, and funded by Fundación Gran Mariscal de Ayacucho, The International Association for Bear Research and Management, IDEAWild, The Scott Neotropical Fund from the Cleveland Metroparks Zoo, Iniciativa para Especies Amenazadas - PROVITA, The Pittsburgh Zoo & PPG Aquarium and The Rufford Small Grants for Nature Conservation.