After poaching, ‘Roadkill’ is the most prominent threat to biodiversity conservation and needs to be addressed urgently. To address this, an indigenous Roadkill Prevention System (RPS) prototype is developed with the first round of RSG funding, and with the second round of funding; two RPS units are installed in the Velamundi range of Sathyamangalam Tiger Reserve (STR) and those are running successfully as on date. The STR is one of the prime biodiversity hotspots in India and being at the state border, it’s also subjected to heavy inter-state vehicular traffic which causes ‘roadkill’ in high numbers. To save biodiversity, the successful RPS design needs to be replicated at other parts of the tiger reserve & adjacent areas. Following the implementation, the system units need to be maintained for certain duration to register a noticeable change, and the proposed project is planned to achieve the same. 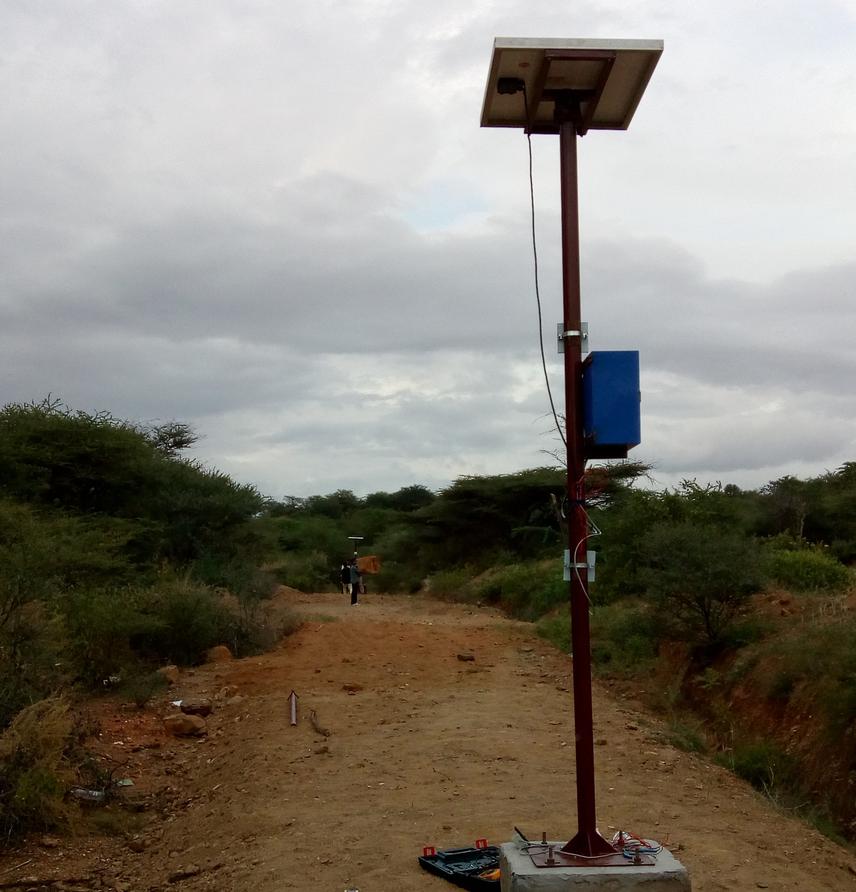 Apart from causing chemical & noise pollution and disrupting natural biological processes, 'Roadways', passing through the forest, have imposed dispersal barriers to most non-flying terrestrial animals. Such an artificial barrier is not only restricting their movement, but it's also frequently taking their life.

The cause and solution of such accidental animal death ('Roadkill') issue, is a rapidly expanding area of research across the world. According to the experts, early detection of animals on or near forest roadways and railways track especially at night-time and generation of a consequent early alarm is the best solution to this problem. Till date, to deal with this problem, plenty of ideas have been suggested and implemented but those are either very costly or heard to implement & maintain. Such costly and complex solutions are not suitable for underdeveloped courtiers like India. Therefore, an indigenous low-cost native solution is required to deal with rapidly increasing roadkill issues on a global scale. With years of effort, such an indigenous Roadkill Prevention System (RPS) has been designed and field implemented with the previous two rounds of RSG funding in the Sathyamangalam Tiger Reserve area. The present proposal holds a plan of scaling up the RPS project with more numbers of RPS units at other Roadkill hotspots in and around the tiger reserve for better biodiversity sustainability.

In details, the proposed work is set on two fundamental goals:

A. Design and field installation of five units of RPS: As per the proposed plan five units of RPS will be designed and installed at prime ‘roadkill’ hotspots in the STR area and adjacent BRT Tiger Reserve area.

B. Monitoring, maintenance, and performance analysis of RPS units: To achieve noticeable impact at ground level, the system needs to run for a longer duration which requires regular data collection & analysis and system checking & maintenance. As per the proposed plan, all five system units will be regularly monitored, maintained and its performance will be authenticated with data analysis.

As a final project outcome, five fully functioning Roadkill Prevention System units will be installed in and around the Sathyamangalam Tiger Reserve area which will provide safe passage to animals while crossing forest roadways by controlling the movement of approaching vehicles. When maintained properly the RPS units will be running for years and will contentiously towards biodiversity conservation.