Despite its tiny size, Ecuador has the third most amphibian species of any country in the world. The Chocó of western Ecuador is a global biodiversity hotspot with only 4% of original forest cover remaining, with agriculture driving the majority of continued deforestation. The region is a major exporter of cacao, which has the potential to serve as habitat for wildlife because it can be grown under forest canopy. Several studies have assessed the habitat ability of shade grown cacao for birds and mammals, although amphibians are relatively understudied in this context. 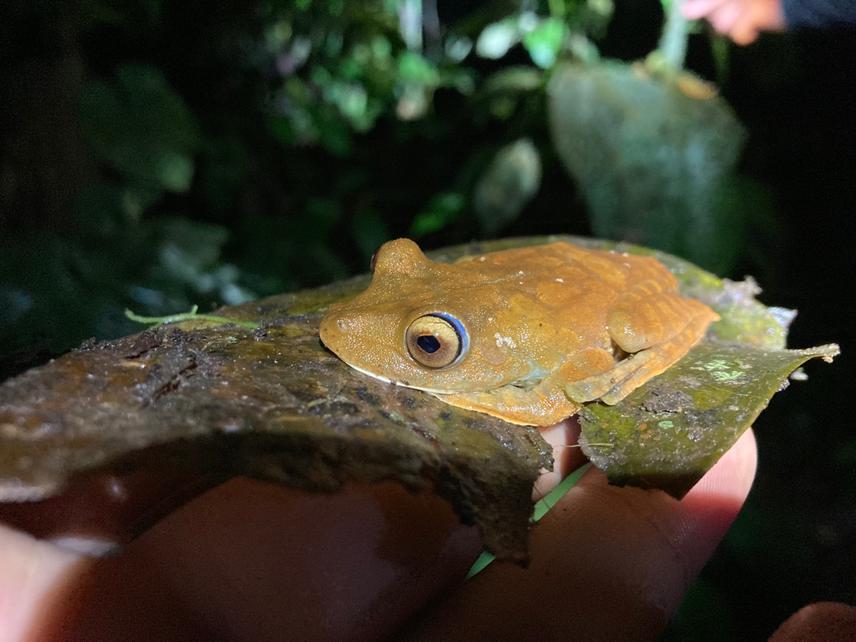 During my Fulbright Research grant, I am studying how cacao agriculture influences the community assemblage, diversity and abundance of amphibians across a fragmented agricultural landscape surrounding the FCAT Reserve in Esmeraldas, Ecuador. There are two primary cacao types grown in the region: Nacional and CCN-51. Nacional is renowned for its fine flavour and can produce fruits under native canopy cover or in an agroforestry setting. CCN-51 is a more productive but sensitive variety which requires full sun and more frequent maintenance, frequently with pesticides.

I am comparing the amphibian communities living on plantations of both Nacional and CCN-51 cacao against reference forest and abandoned plantations. I am using an occupancy modelling approach to better understand how different cacao varieties influence amphibians, and to understand if there are any legacy effects associated with cacao plantations. It is my hope that the data and information from my study will be useful for local farmers as they seek better market prices for cacao associated with organic or environmentally sustainable certifications.