Status of the Medium and Large Mammals in the Boundou Community Nature Reserve: Innovation to Understand their Ecology and Improve their Conservation

The Boundou Community Nature Reserve, 1,200km² of Sahelo-Sudanese savannahs, has been a unique conservation area in Senegal since 2009. As a community-based protected area, the Boundou CNR is managed “by communities, for communities” through the CORENA (Conservatoire de la Réserve Naturelle), a local association administered by local representatives which engage, with a French-Senegalese technical team, actions to combine biodiversity preservation with local sustainable development. 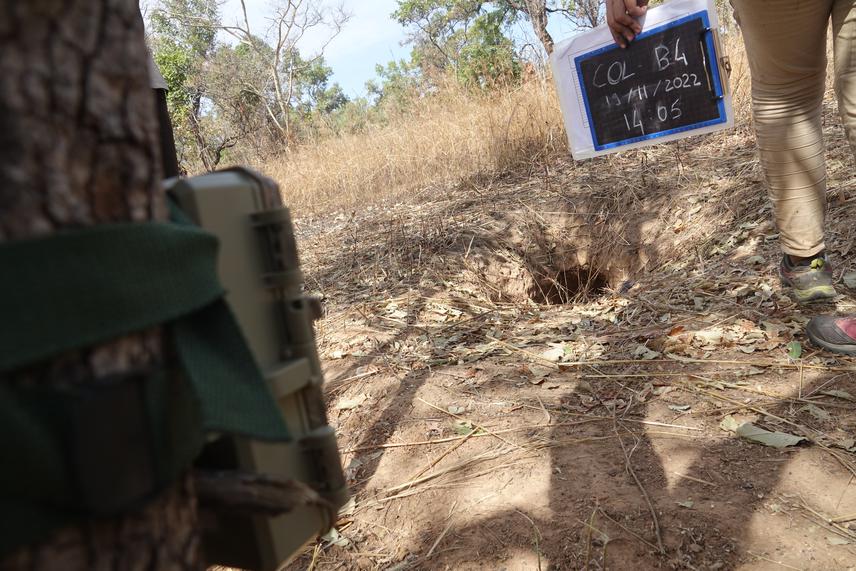 Located in the Sahelo-Sudanese transition zone, this protected area is particularly noteworthy for the conservation efforts that have been carried out for over 10 years. It is criss -crossed by a mosaic of grassy and forested savannahs, mainly by shrubby savannahs of Acacia seyal and Combretaceas, as well as rich gallery forests, rocky areas and a river (Falémé river), all of which are favourable natural habitats for numerous animal and plant species. Surveys started in 2007 and have documented a total of 111 woody plants species, 283 birds, 33 reptiles and amphibians and 40 species of mammals.

Indeed, the reserve represents a unique site for observation of the vulnerable red-fronted gazelle (Eudorcas rufifrons) in Senegal. In the Faleme River, a stable population of common hippopotamus (Hippopotamus amphibius) is subject to regular current monitoring. The presence of threatened big cats such as west-African lion (Panthera leo) and leopard (Panthera pardus) has been reported during the last few years. For birds, five species of endangered vultures are regularly observed in the protected area. In addition, due to is location, the reserve has also a major importance as a biological corridor between Niokolo Koba National Park in the south and the Ferlo Biosphere Reserve in the north.

The preservation of large fauna, in particular mammals, is a central issue for which it is necessary to undertake coherent and effective monitoring.

The project supported by Rufford Foundation aims to accelerate the transformation of the current monitoring system through the deployment of extended camera trap networks. This innovative tool will provide a reliable and robust image of the large and medium -sized mammal species present in the reserve and will thus lead to improved and focused conservation actions for the future of Boundou’s Biodiversity.