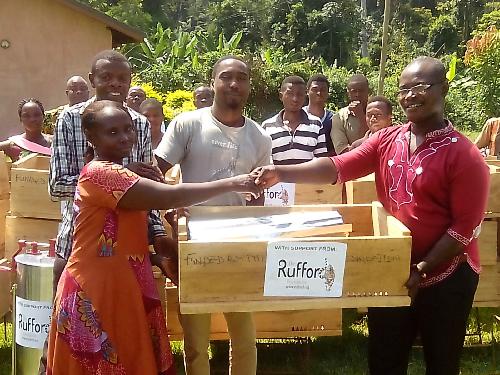 A beehive being handed over by Mr. Richard Boakye to Mary Arthur, a project beneficiary.

Bia Conservation Area is one of the protected areas in Ghana that is very rich in biodiversity. Its management objective does not allow for resource extraction from within. However, the conservation area is relatively small and is under severe pressure, especially from poaching which has led to the near extinction of two primates species namely the Red Colubus and Diana Monkeys. Presently, the Chimpanzees have been declared endangered and others such as elephants, olive Colobus Leopard and Giant Pangolin have also been red listed as being near threatened. Sadly, inadequate livelihood options for local residents close to the reserve have resulted in a situation where they keep exploiting natural resources both within and around it. Apart from the fact that their actions deplete the resource base, many incidents of humanwildlife related conflicts have also been recorded. 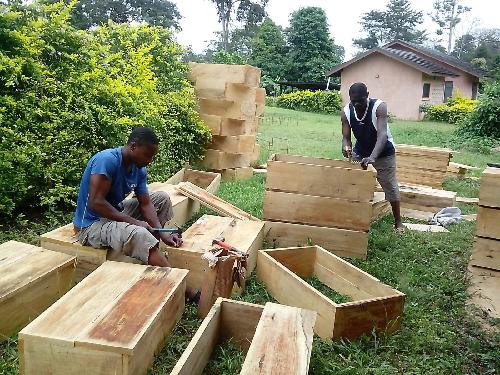 The beehives for the beneficiaries during the construction stage.

Notable among them being a shoot-out incident recorded between the wildlife staff and some local residents at Adjoafua in 2009 where four locals and two wildlife staff severed gunshot wounds. The project Improving the livelihoods of the rural poor around Bia Conservation Area through beekeeping for honey production has therefore been initiated to empower some local resident through capacity building in beekeeping and to inculcate in them the need for sustainable management of natural resources through conservation education. The overall goal of the project is to offer them alternative means of income generation and reduce the poaching of wild animals in the reserve. Thirty local residents in the four CREMA communities namely Asuopiri, Debiso, Essam and Kunkumso communities will be selected, trained and set up in beekeeping. The project will target the unemployed youth who normally resort to poaching as a quick way of earning money. Strategically, sixty percent of the prospective jobs will be allotted to the unemployed women who are more vulnerable. A beekeeping expert will be engaged to train and set up the selected beneficiaries for the proposed project which is expected to last from March, 2015 to May, 2016. Beekeeping was selected for this project because, as a farm-based activity, it can easily be integrated to existing farms in which case no new lands will need to be cleared thereby protecting wildlife habitats. It is hoped that the project will play key role in reducing the over-dependence on natural resources and win the support of the local residents for sustainable management of natural resources. 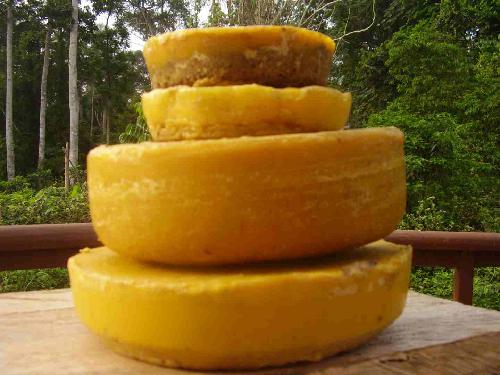