The invasive sun corals (Tubastraea spp.) have expanded their distributions along the coast and impacted natural reefs of Brazil. Recently, these invaders were reported in shipwrecks near to one of the most relevant and largest Brazilian coral reef area, the Marine Protected Area Costa dos Corais. Bringing experience of two previous Rufford projects performed about sun coral invasion, the project aim is to prevent and mitigate impacts of the sun corals establishment in the Pernambuco and Alagoas reefs. Our project will perform research, monitoring, management and communication following national and international recommendations to mitigate invasive species impacts. 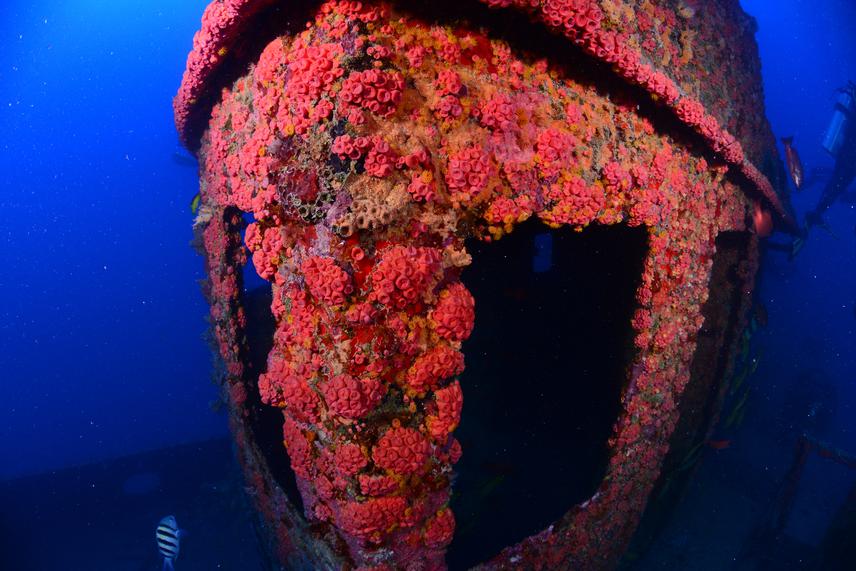 The cup corals (Tubastraea tagusensis and Tubastraea coccinea) known in Brazil as “sun corals”, were introduced at the 80’s and have expanded their distributions along 3,000 km of the Brazilian coast and impacted natural reefs. Our previous projects showed that introduction and expansion along the coast has occurred though vectors as oil platforms and drill ships. These invaders use artificial structures such as ports, piers, seawalls, and shipwrecks, as stepping-stones to natural reefs. We showed that sun corals modified benthic assemblage structure and ecosystems processes as native coral recruitment and fish-benthic interactions in coral reefs of Bahia. These results showed that the Tubastraea expansion on reefs or even on estuaries can modify biodiversity and alters functioning of the natural systems in Brazil.

Based on these evidences as well as other studies, Brazilian government created a management tool of the to control sun corals impacts in Brazilian systems, the Sun Coral Plan (BRASIL 2018). This management tool is based on international conservation principles by United Nations to minimize impacts of invaders on native species, habitats or ecosystems (CBD 2010). These principles were established in Convention on Biological Diversity (CBD) where Brazil assumed two international targets (Aichi targets) related to the theme: Target 9 “By 2020, invasive alien species and pathways are identified and prioritized, priority species are controlled or eradicated, and measures are in place to manage pathways to prevent their introduction and establishment” and Target 15.8 “By 2020, implement actions to avoid introductions and reduce impacts of exotic/invasive species in terrestrial and aquatic ecosystems, and control or eradicate priority species”.

More recently, in February 2020, sun corals were reported occurring in shipwrecks in Pernambuco near <90 km the largest coastal reefs MPA in Brazil, APA Costa dos Corais (APACC). APACC reefs, located in Pernambuco and Alagoas states, are one of the most extensive and richest systems in the South-eastern Atlantic Ocean, with high levels of diversity and considerate priority area for conservation by national environmental plans. These reefs are still non-invaded by sun corals. Thus, it is extremely necessary monitoring of sun corals in APACC reefs, to early detection in case of invasion, to avoid impacts already demonstrated in other reefs. The project aims to prevent and mitigate impacts of the sun corals establishment in the Pernambuco and Alagoas reefs. Our project will perform research, monitoring, management and communication following national and international recommendations to mitigate invasive species impacts.